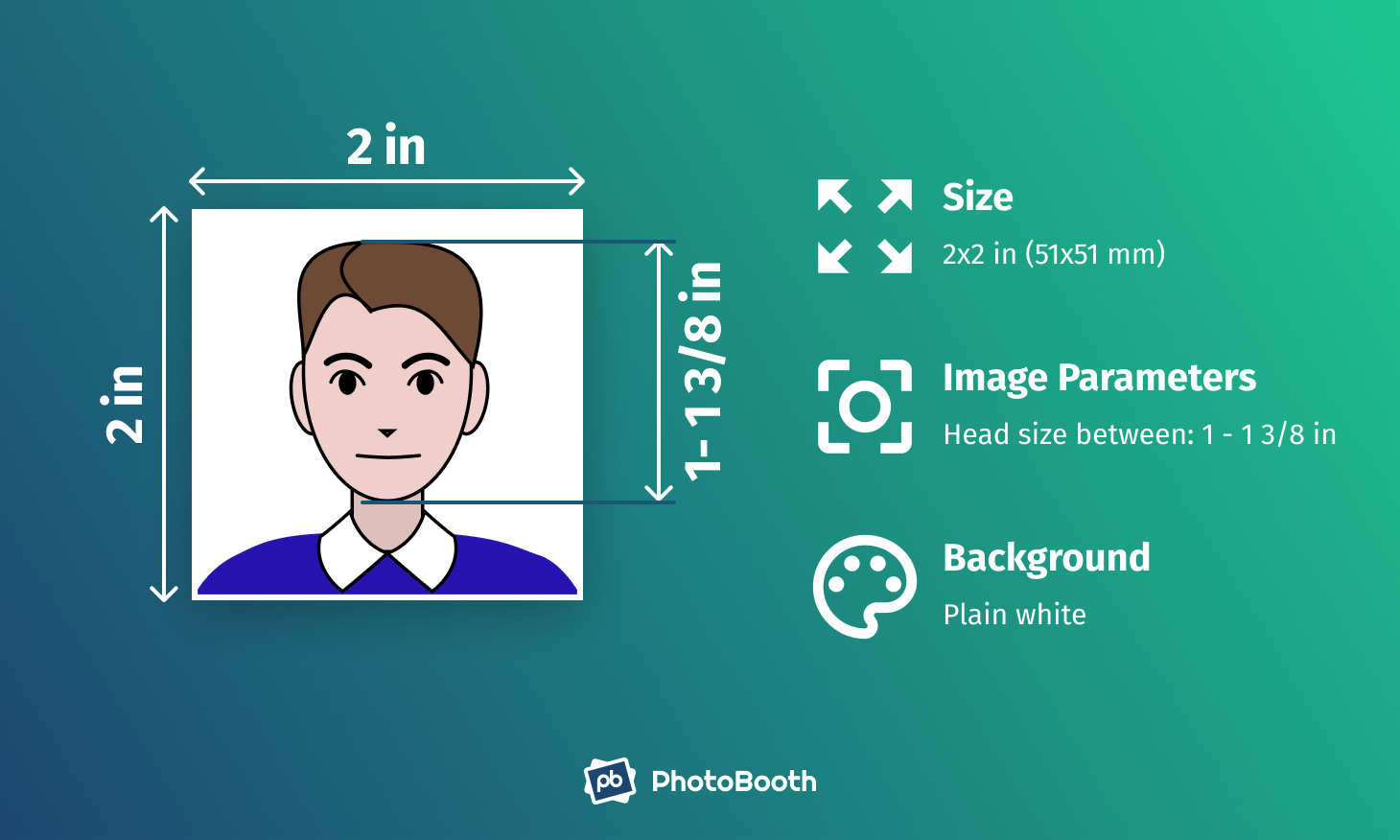 Unlike many other passport photo services, we offer you to take a passport photo for free. It will be a compliant image according to the official guidelines.

Still, if you want to be in the know of what acceptable passport photo examples are, stay with us for a few minutes and keep reading this article.

Let’s jump right in. There are quite a few passport photo regulations one should follow according to the US Department of State. It’s no joke when you try to fit every photo requirement for a passport image in a digital format or as a hard copy in the shortest possible time which is usually the case.

And it’s no joy to miss one single rule since your schedule can go through the roof if the passport application process comes to a stall. That may lead to a business trip being postponed, a family gathering canceled, visa application, or a so-needed holiday delayed. Let’s skip such predicaments and look at passport picture examples subdivided into categories with easy-to-comprehend visuals.

Examples of passport photos to start

We’ll start with the most obvious point of visibility and recognition: do not wear glasses, sunglasses, hats, earphones, or hearing devices for actual passport photo-taking. We need to say here, that you can wear prescription glasses in case you can’t take them off for a passport photo shoot and will be able to provide a doctor’s statement. Otherwise, take them off for a few seconds. 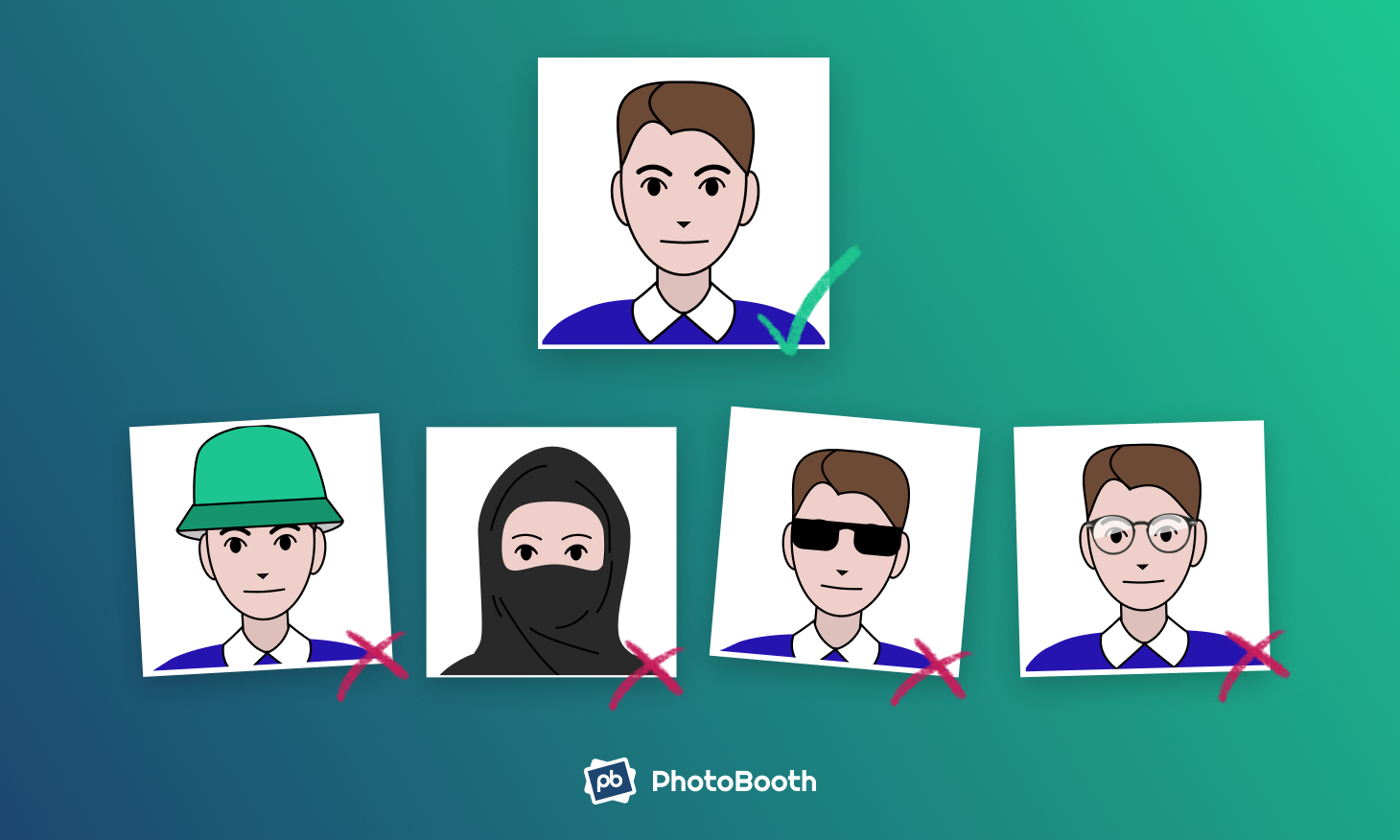 It might not be the most convenient thing of all, however, it has been introduced by the authorities to the list of rules since 2016 to avoid abundant delays and unaccepted passport applications because of burry spots, glare and unrecognizable, not fully visible facial features in the passport photo.

Another thing to remember is that one can wear head coverings for medical reasons or religious purposes as long as they do not cover the applicant’s face. Please make sure you provide a doctor’s signed statement or a supporting letter respectively.

If you don’t have any doubts about the latter, are you sure about the hair, makeup, and clothes situation for passport pictures? Here’s what you need in the way of acceptable passport photos in the examples here. 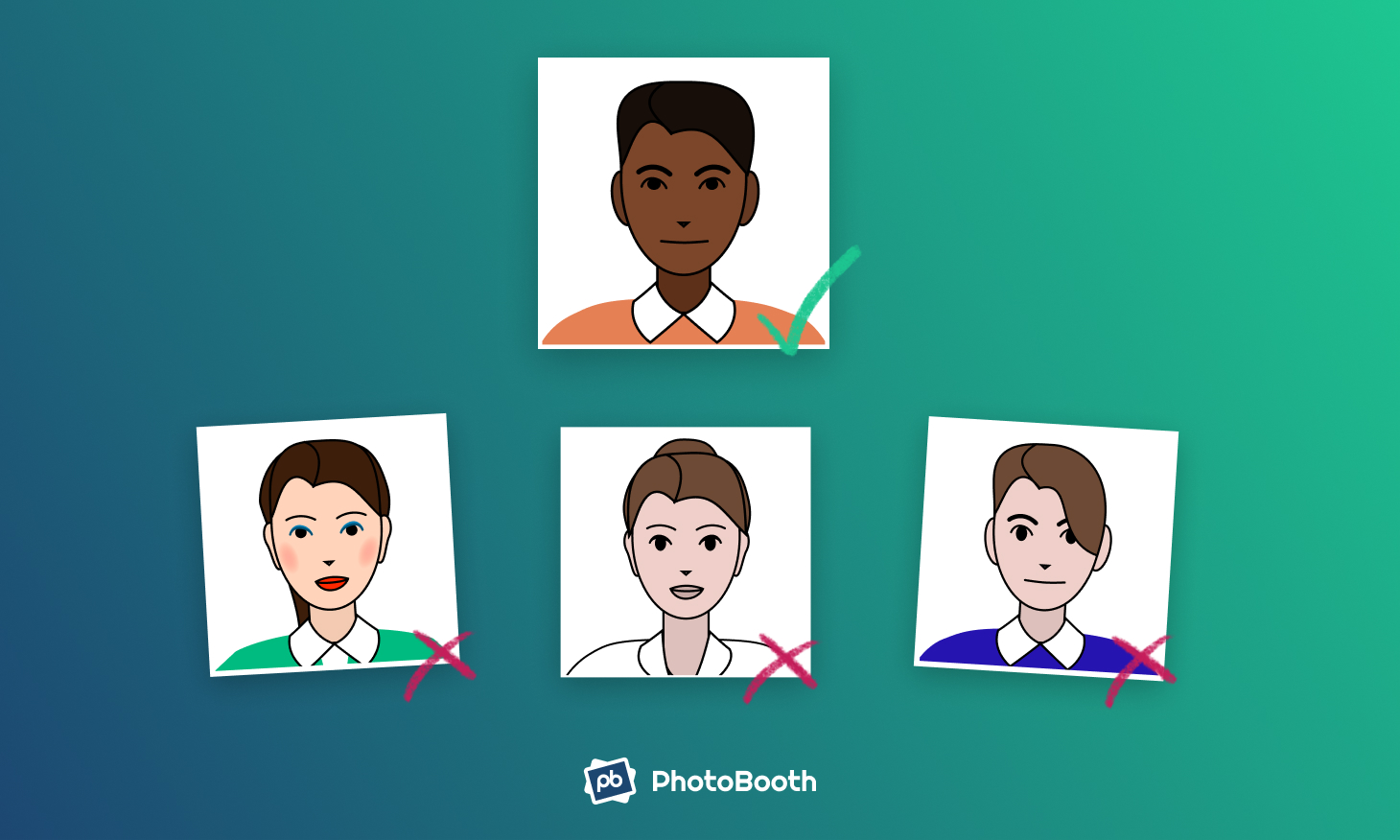 Do not think twice about too extravagant or night-out look for your hair, makeup, or attire. It’s not an option. Your everyday appearance is what the passport office would like to see in passport photos. And it’s great because it takes no extra effort on our part to prepare for the passport photo session. Keep it moderate and casual, with no uniform or smokey-eye makeup, statement jewelry, or other accessories bulky in volume. Pin your hair and thick bangs in the back with hair up or down.

What about a passport photo and examples with a thick wall of hair? Fair point. As long as it doesn’t cover your face or the background of the passport photo, you’re alright. Otherwise, arrange your nice freezy curls in the back of your head with inconspicuous accessories. As for facial hair, feel free to have a beard, mustache, and sideburn, they are allowed and no worries at all.

One more thing: white clothes might not be your best choice as you can end up with an invisible body against the off-white background with a head standing out in a passport photo. Look out for such a mistake, especially if you take a document photo at home.

Passport photo examples for USA: what’s crucial to be acceptable?

A few more factors come into play when you need a valid passport photo. The examples here are as follows. The US image’s total height and width are strictly 2 x 2 inches, 51 x 51 mm. The head size in the photo must be between 1 and 1 3/8 inches against a plain white background. Neither objects nor other people must be present in the passport photo. 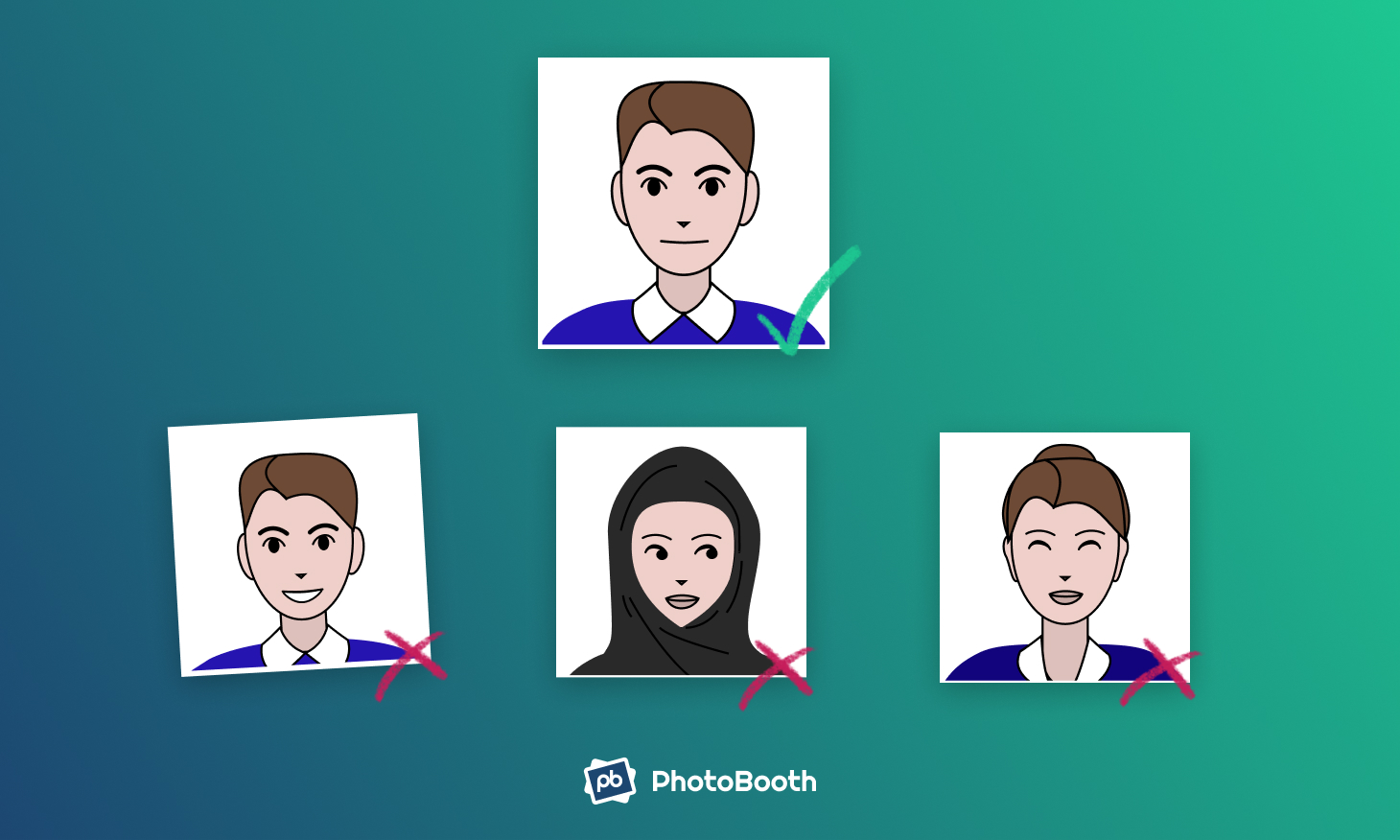 Another portion of examples of passport photos pivots around the facial expressions of an applicant’s face. This includes that you should have an unexaggerated natural smile or neutral expression, and eyes open. Be sure to face the camera directly as well.

As you probably know, the correct background is important. What’s more, the applicant’s head or its parts mustn’t cast shadows of any sort at the backdrop or face. The only shadow allowed by the US Department of State is behind the ears.

That is why lighting is a significant part in order to make a perfect picture. For example, passport photos with a red-eye effect and glare usually come out as such due to bad lighting. Remember that reflection produced by a digital camera flash and accessories is a no-go. 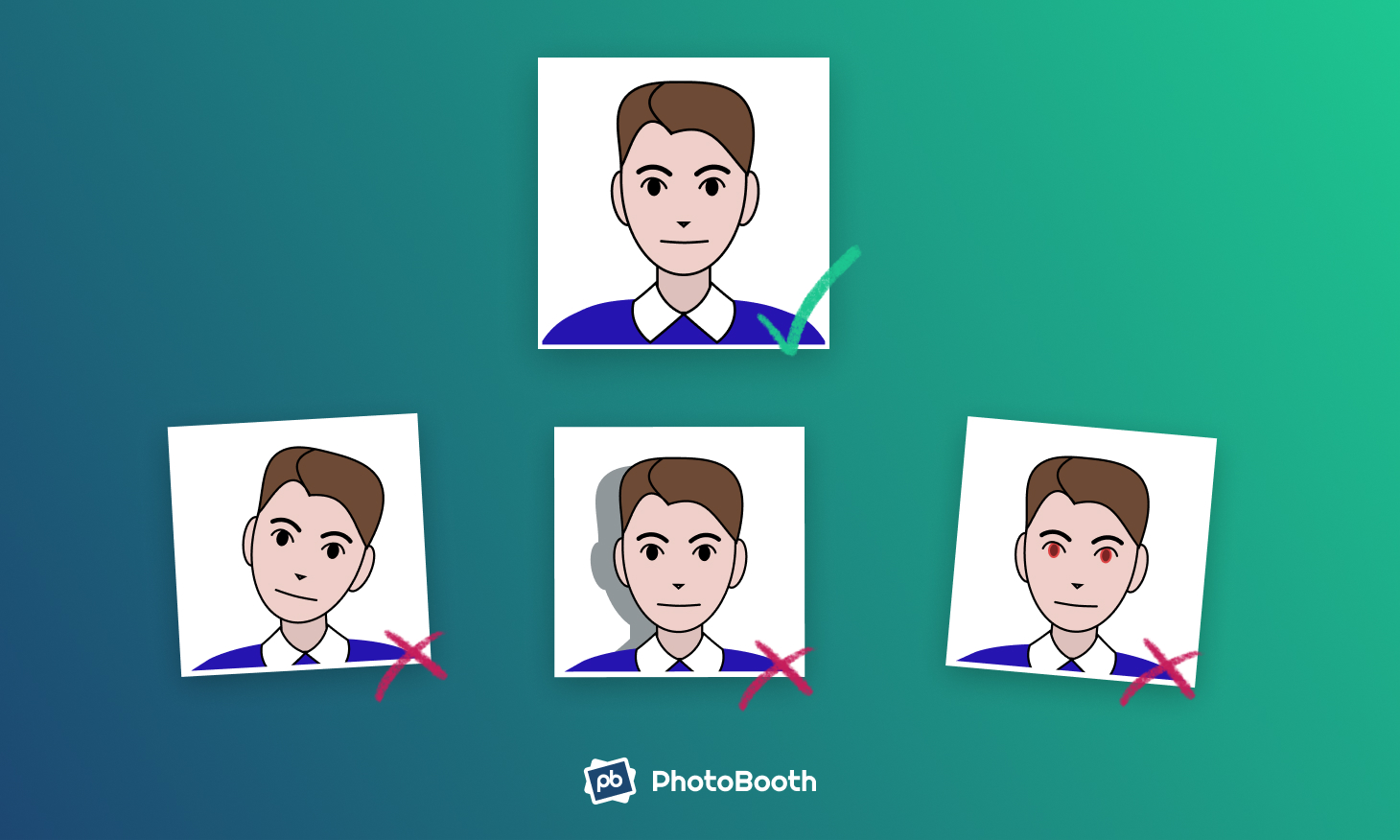 Two little lifehacks will make the whole process of passport image taking a lot easier. First, preferably use daylight for your passport photo shot. Make sure you stand close and at the same time far enough from the source of light to avoid under or over-exposure, including blurry spots and pixelated bad-quality photos for your passport.

Secondly, to make sure your photo requirements are all observed, take advantage of our online tool without acceptable passport photo examples even needed at hand. Click the passport photo link in the first paragraph of the article, then the Upload button. You can upload any passport-like digital image you’ve got on your hard drive to our website or take a completely new photo for your passport right now. 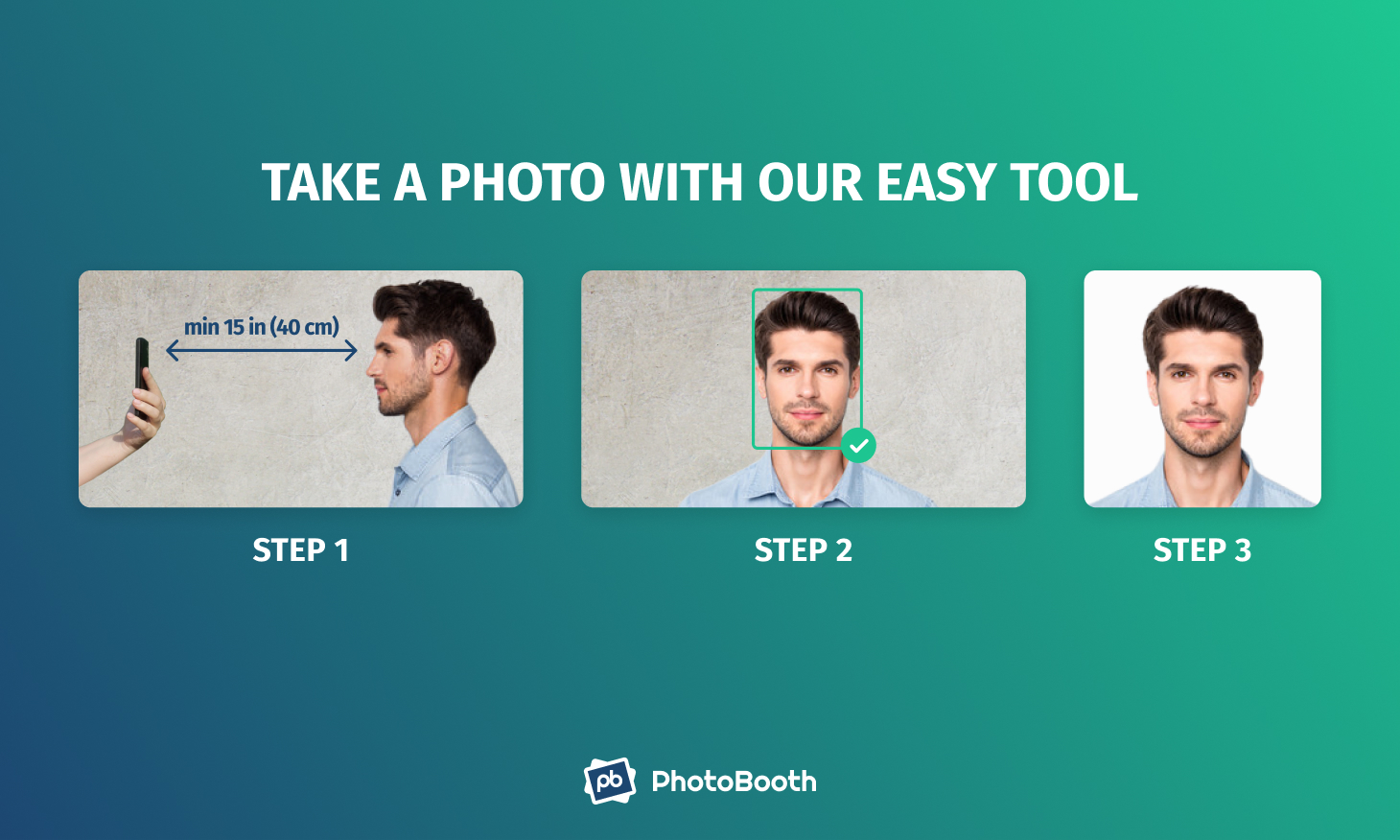 The whole process to receive a compliant photo of 1 or 2-pic choices on one sheet takes seconds. Using our free tool is easy as ABC. It crops, resizes and substitutes your background for the correct one automatically. Once you download the passport photo in an electronic format from our site, all you need to do is to get the file printed at your neighboring store or pharmacy.