What to Wear in a Passport Photo: UK Dress Code Guide 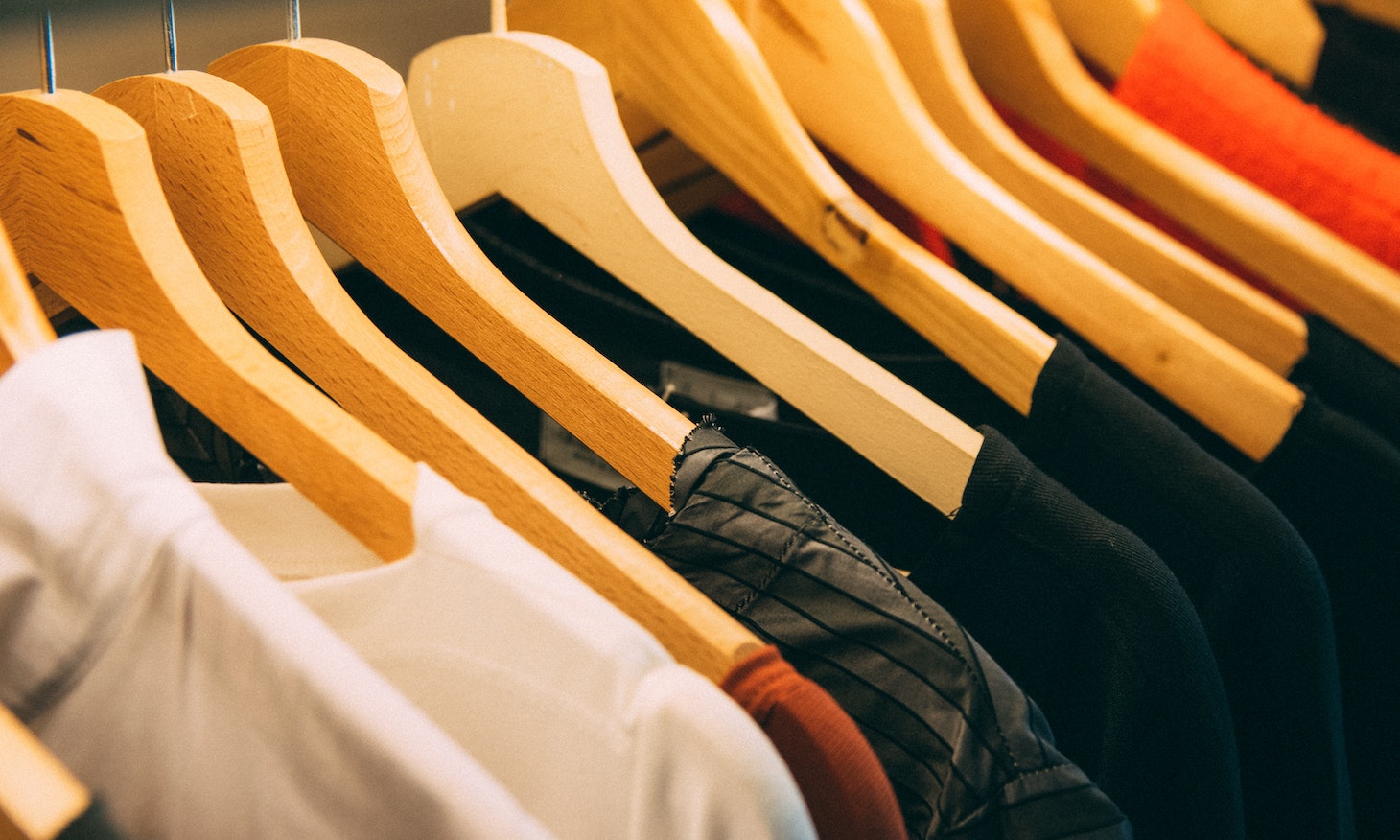 The matter of how to dress up before you take your passport photo is more complicated than it seems. As with some other requirements issued by HMPO (a.k.a. His Majesty’s Passport Office), it’s somewhat unclear as to what you can actually wear.

Does it matter what you wear for a passport photo? What are the best colours for a photo booth or studio session? What can’t you have in the picture for your travel credentials? If you’re looking for an answer to any of those, you’re in the right place!

UK Passport Photos: What to Wear?

Again, the official requirements do not provide too much information on what to put on for your own passport photo session. If you visit the UK government website, you won’t find any mention of recommended (or prohibited) clothing for identification documents. 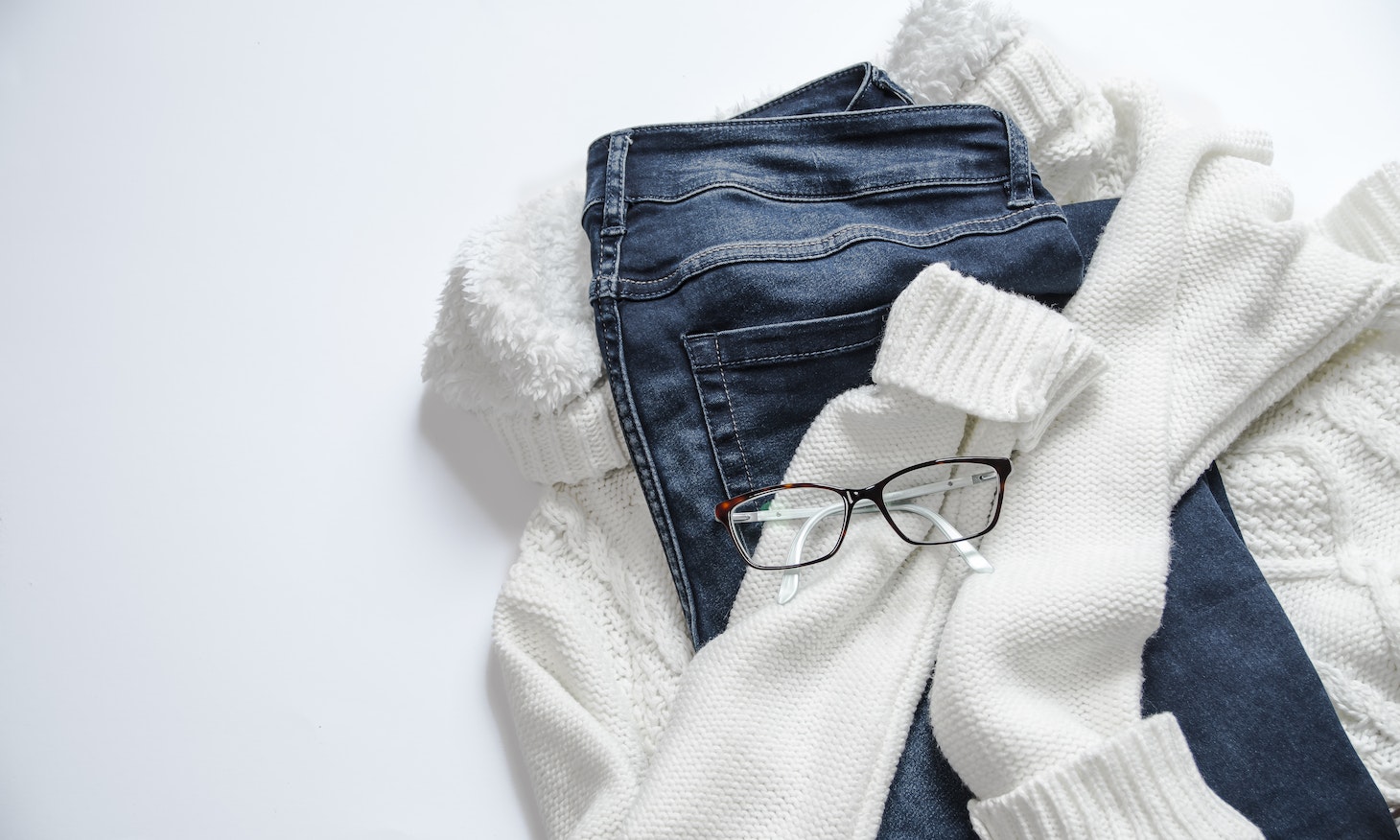 What they do mention, however, are some rules that may have to do with how you’re dressed. Seemingly irrelevant at the first glance, these standards can actually prove helpful for those deciding what part of their wardrobe will work best for passport photos:

Accessories like hair clips, headbands, and headphones (or earbuds) can also classify as ‘other objects’, so they are forbidden to wear for a passport photo, too. A hearing aid is, of course, allowed.

What Clothes to Wear In Your Passport Photo

Let’s make it clear first: HMPO’s rules are not as strict as to dictate you what exact clothes to wear in your passport shot. Sure, there are some limitations and nuances to bear in mind, but they are few and make perfect sense.

Best Colours to Wear for a Passport Photo

The classic tried-and-tested colour used for backdrops in UK passport photos is off-white light grey. So, in order to have a good contrast to the background, we recommend wearing something of darker colours such as simple black, navy blue, emerald, teal, or maroon. 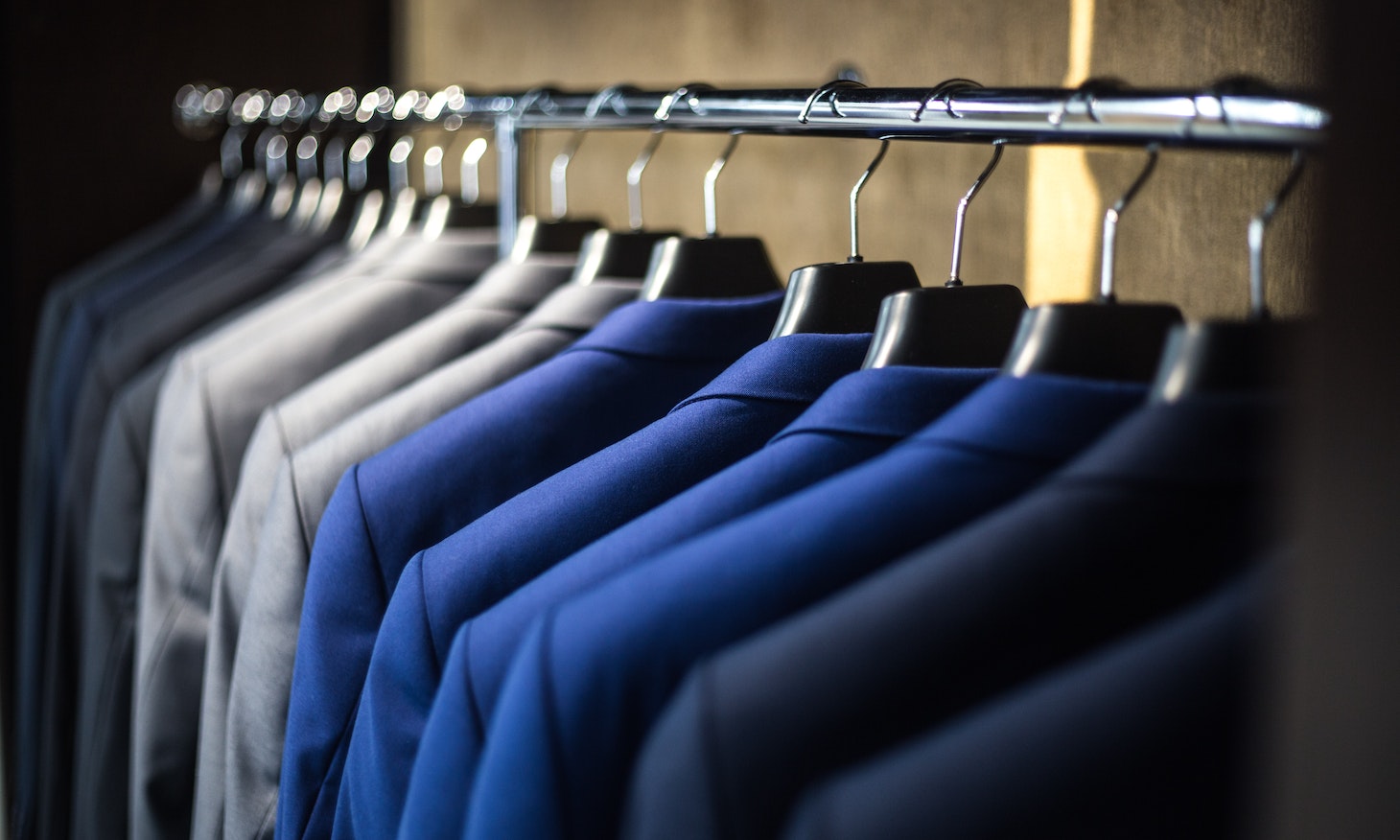 Yet this doesn’t mean you’re limited to these shades only. If you’d like your photo to be somewhat more cheerful, you can use brighter shades—for instance, yellow, pink, or orange should look pretty good as well.

What Not to Wear When Taking Passport Photo

Also, a woman’s exposed shoulders may be thought offensive in some countries. Play it safe and don’t give passport control in such states any reason to frown at. 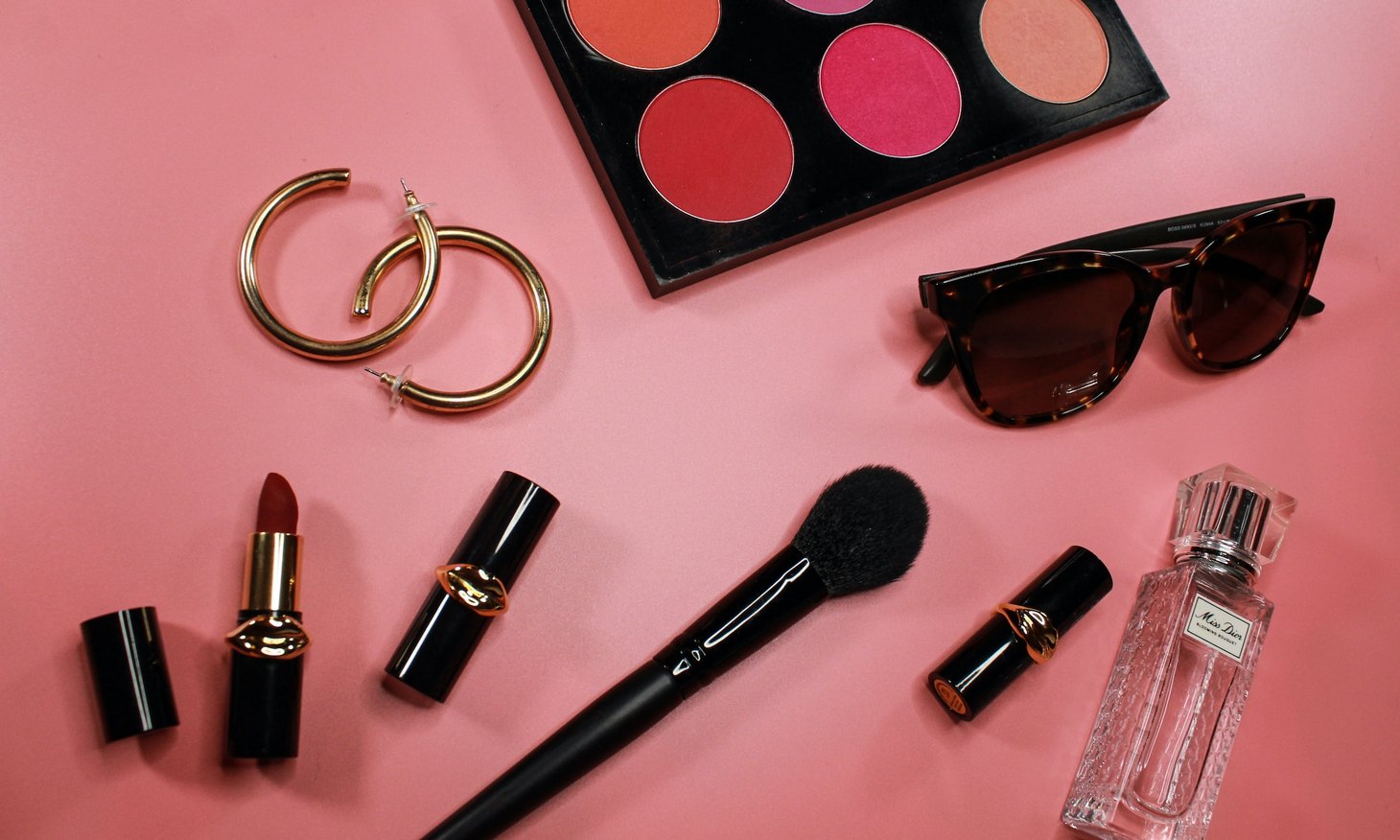 Can You Wear a Hoodie in a Passport Photo?

Yes, this doesn’t contradict the official requirements. However, don’t go too casual: make sure that your hood is lowered and the hoodie itself isn’t too baggy. Also, avoid overly bright colours and prints.

Can You Wear a Polo Neck in a Passport Photo?

Yes, you can, as there isn’t any explicit rule prohibiting them. As long as the collar doesn’t go past your chin, you can put on any roll neck you like. 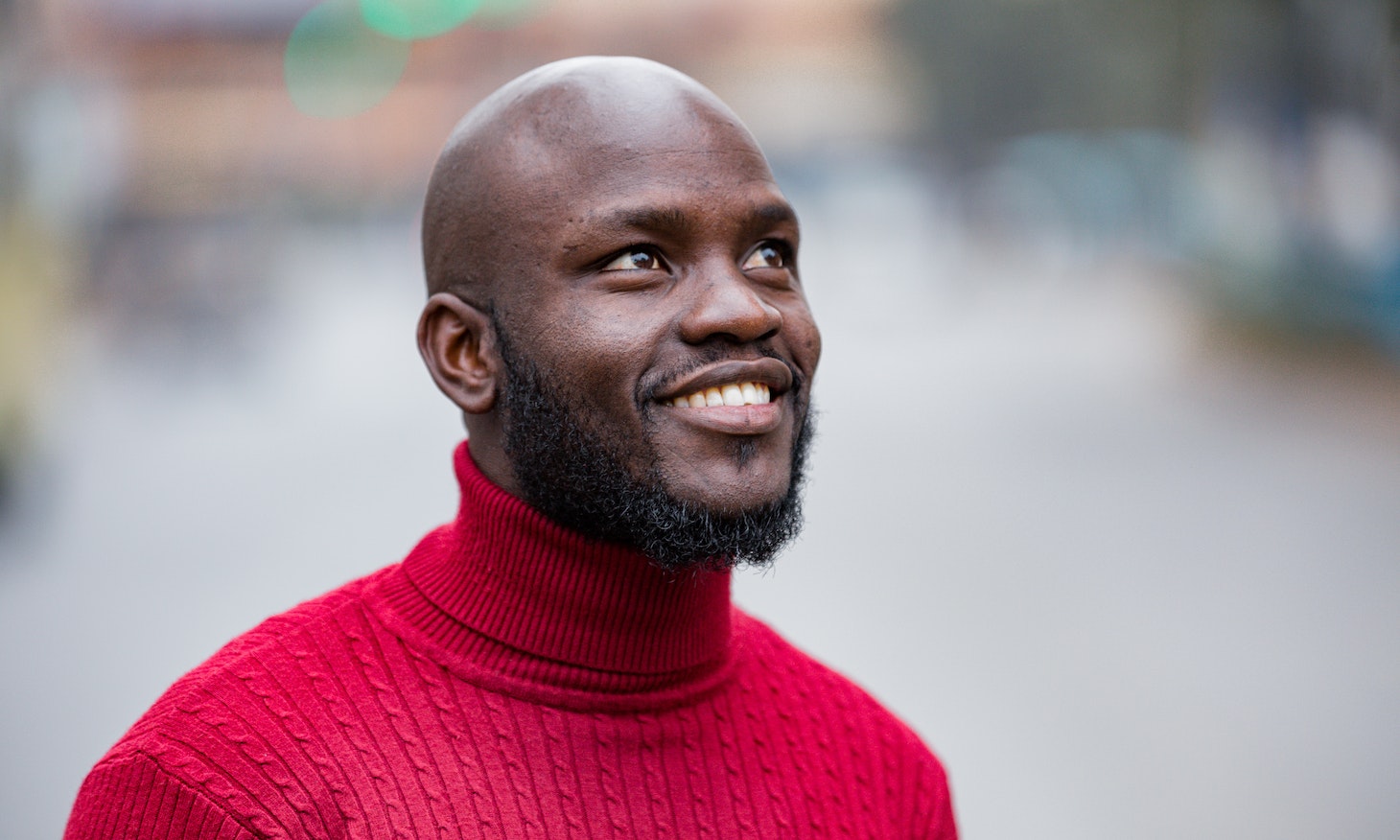 Can You Wear a Burka in a Passport Photo?

No, this is not allowed. The main reason is that a woman wearing a burka cannot be properly identified, as her face is completely covered. According to HMPO’s rules, you’re only allowed to wear religious headgear.

Can I Wear a Scarf in My Passport Photo?

In case you wear it on your neck, make sure it sits tightly and doesn’t cover any part of your face (to be fair, it’s easier to just take it off). Wearing a scarf on your head (as a hijab), however, is allowed for religious purposes (yet it still can’t hide your face).

Can You Wear a Jacket in a Passport Photo?

HMPO doesn’t prohibit this. However, you have to be extra careful with street clothes: if your jacket is puffy and has a large protruding hood, lots of fur and reflective elements, it’s better to pick some other outfit. On the other hand, if it’s compact and neutral, you can leave it on.

Can You Wear a Coat in a Passport Photo?

Since they are basically longer versions of jackets, the same principle applies to them. A low-profile coat of neutral style shouldn’t be a problem.

Can You Wear a Jumper in a Passport Photo?

Sure, why not? Any sweatshirts, sweaters, jumpers and the like are allowed as long as they are of suitable colour. In other words, there isn’t any reason for you not to put such clothes on.

As you see, the rules on clothing are somewhat lenient in the UK. Of course, you can’t sport a celebrity outfit, but with few exceptions, you can dress to your preference, and even uniforms are allowed (for example, a school or military uniform). 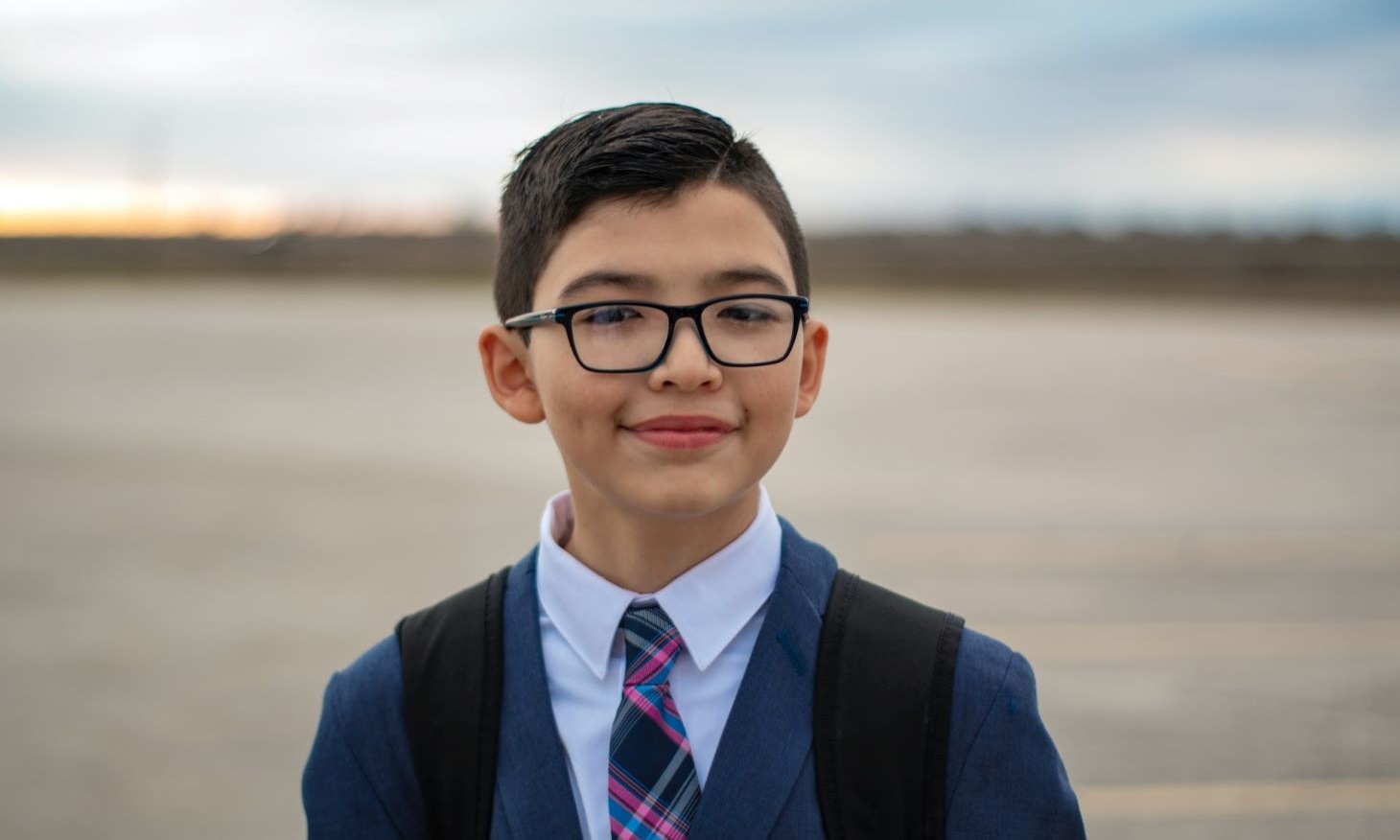 If you’re still unsure what style to choose to get a great passport photo, we recommend putting on something casual but neutral—your everyday outfit should do just fine. Any business attire (say, a suit with a collared shirt) will work, too.

Another good idea: practice taking the picture for your passport application beforehand to see what clothes work best. You can use our website for that: it’s just as easy as taking a new passport picture in a nearby Asda. This way, you’ll be 100% ready when it’s time to say ‘cheese’!