9 Funny Passport Photos on Verge of Failure (or Beyond It) 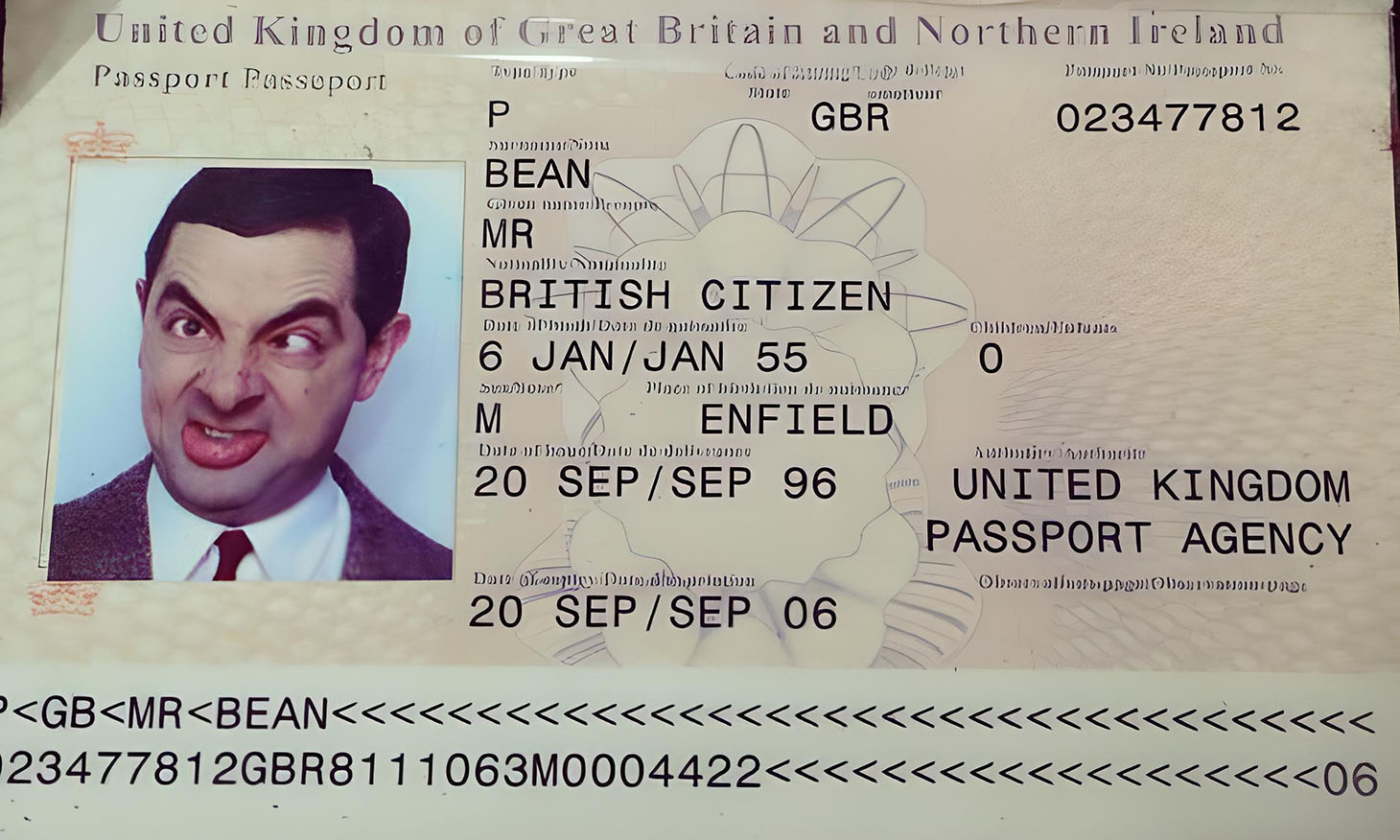 Any pictures for any kind of identification document must look very formal: that’s a common rule in every country, the UK included. For our own sake (and HMPO’s convenience), there are sets of strict passport photo requirements that tell us to look straight at the camera, keep a neutral expression, refrain from smiling—the list goes on and on.

As reasonable as these regulations are, they leave little room for self-expression ideas in official headshots. In the internet age of Photoshop and Instagram, we’ve all become very inventive when it comes to taking passport headshots. But dull restrictions are a bottleneck to creative ideas: as a rule, it’s impossible to both comply and take photos that bring some more excitement to your ID.

Luckily, there are exceptions to this rule, such as this list of amusing headshots we’ve compiled for you. Let’s look at some hilarious real-life pictures that made it to the official documents without losing a bit of their charisma!

The Good, the Bad and the Sneezing

In Pasta We Trust

The Good, the Bad and the Sneezing

The one we’re gonna start with isn’t exactly a passport photo but the absurdity of it would make anyone burst out laughing. 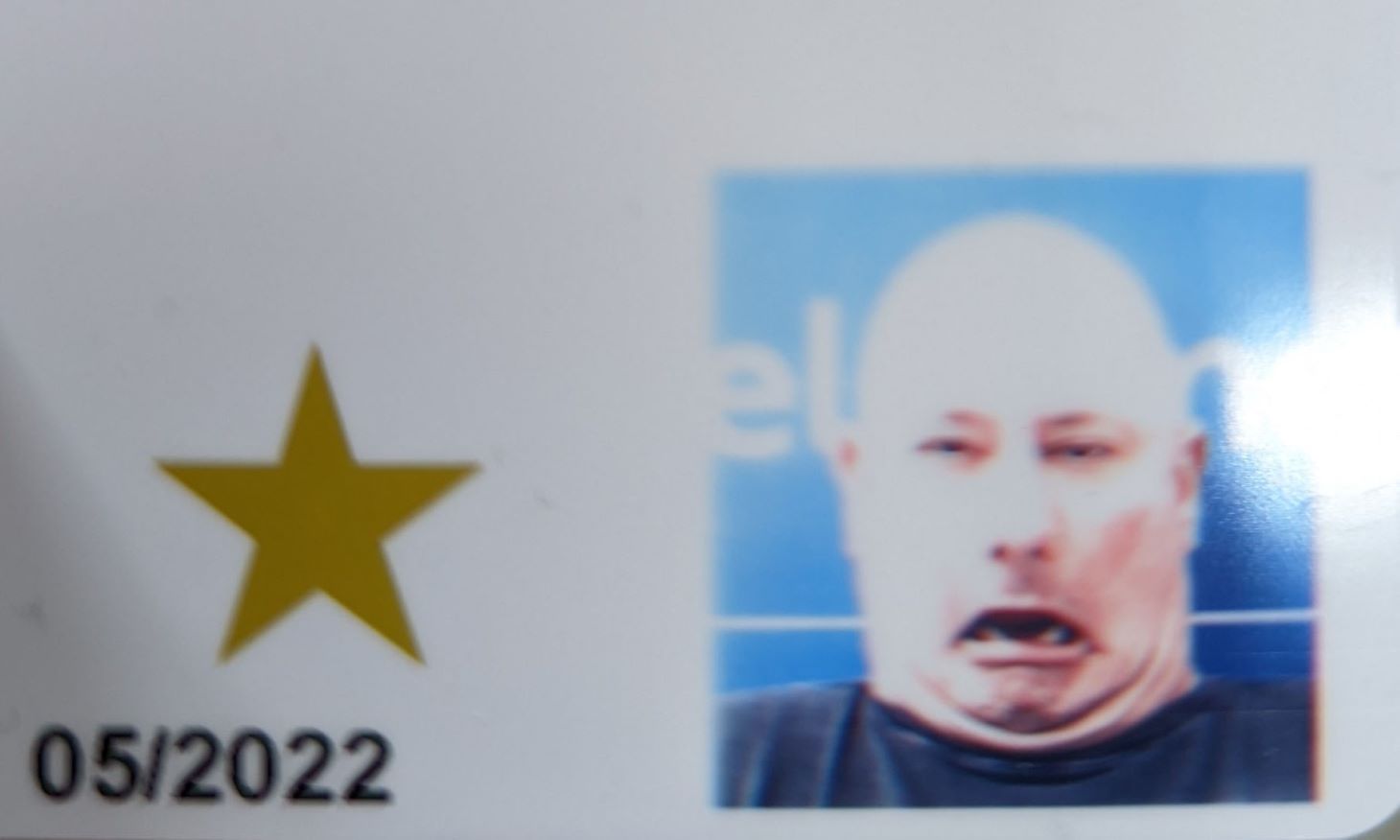 The man in the picture only wanted to get himself a store membership card, and it cost him about $60 and one snapshot to find out two things. Firstly, when sneezing, he looks like the adorable Uncle Fester from the Addams family. Secondly, Costco won’t retake your headshot, even if it’s disastrous!

As if inspired by the ridiculous membership card image, this 5-month-old decided to either sneeze, yawn or take a sweet nap right in the middle of his photoshoot. 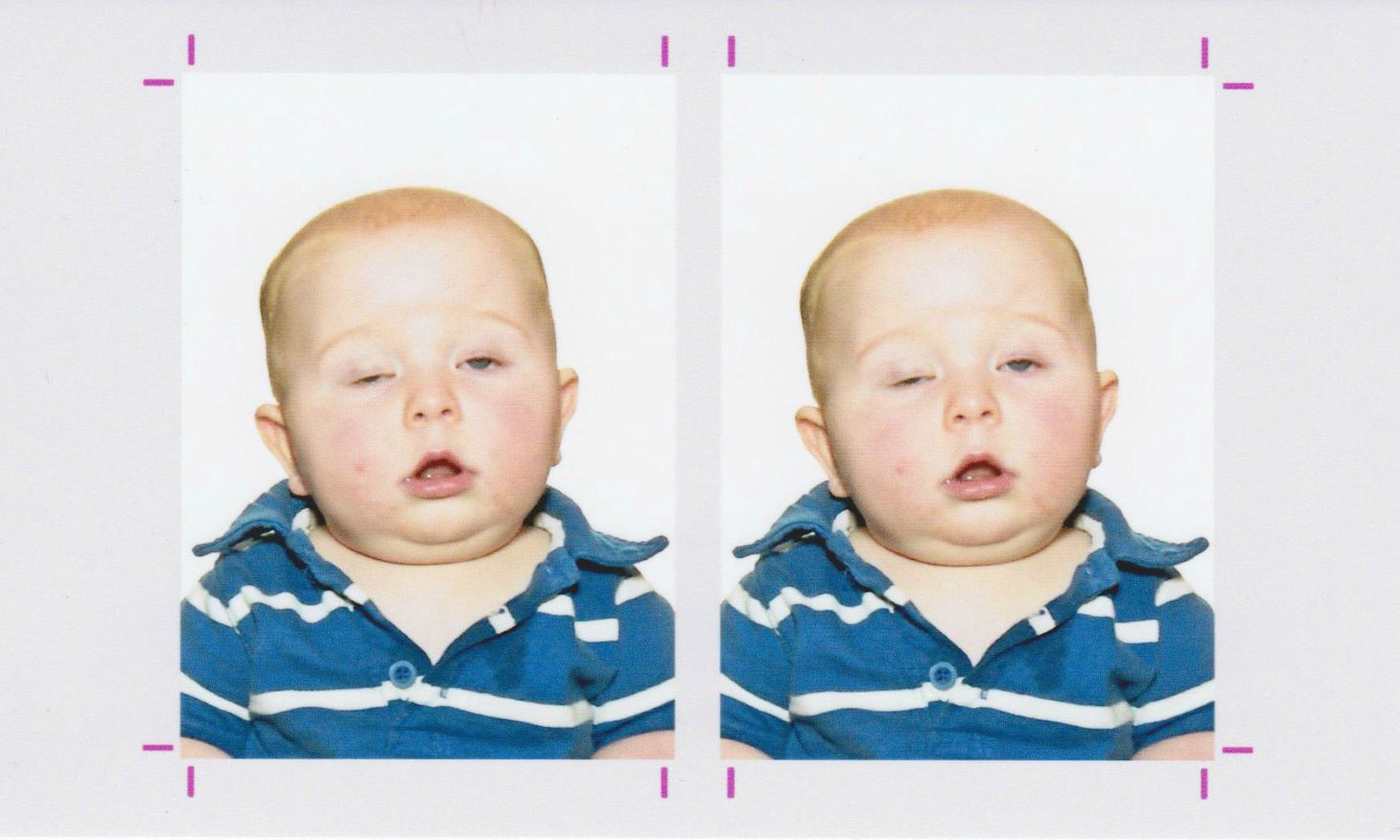 Surely, the kid didn’t know what he was doing but the result is downright charming, don’t you think?

Indeed, knowing what you’re doing is a guarantee of your success. Say, take a look at the photo below: the woman sporting almost Rapunzel-like hair managed to look 100% compliant in her headshot! 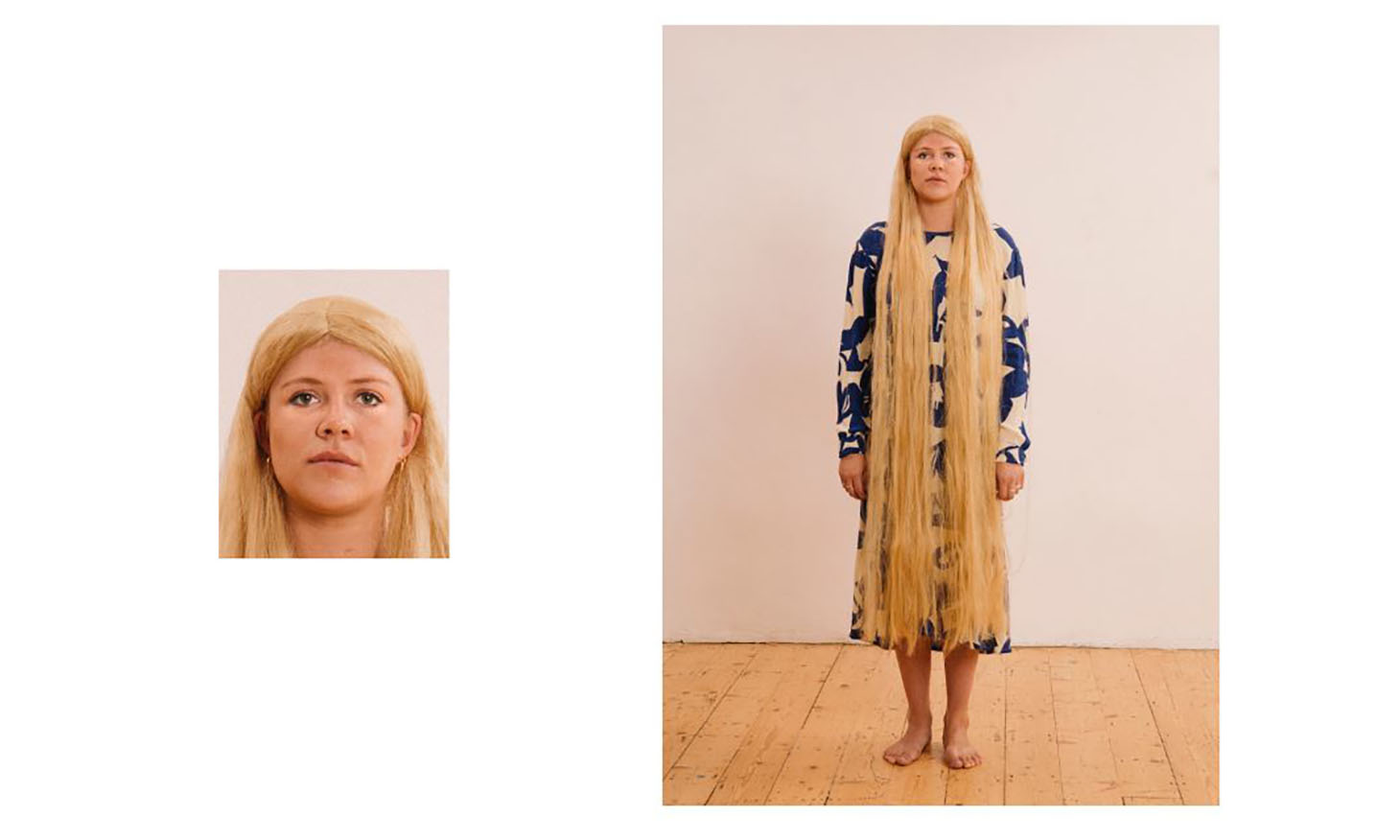 Okay, okay, this one’s fake. In fact, it’s part of a photo series by a Namibian-German artist named Max Siedentopf. The idea to make something boring into a completely new and exciting experience became Siedentopf’s inspiration for this project.

The lady was able to disguise her outstanding hairdo, but sometimes it’s not an option.

Take a look at this kiddo, for example. According to the Redditor that posted this, the photo was taken two days after his son had found the clippers his dad used for beard trimming. 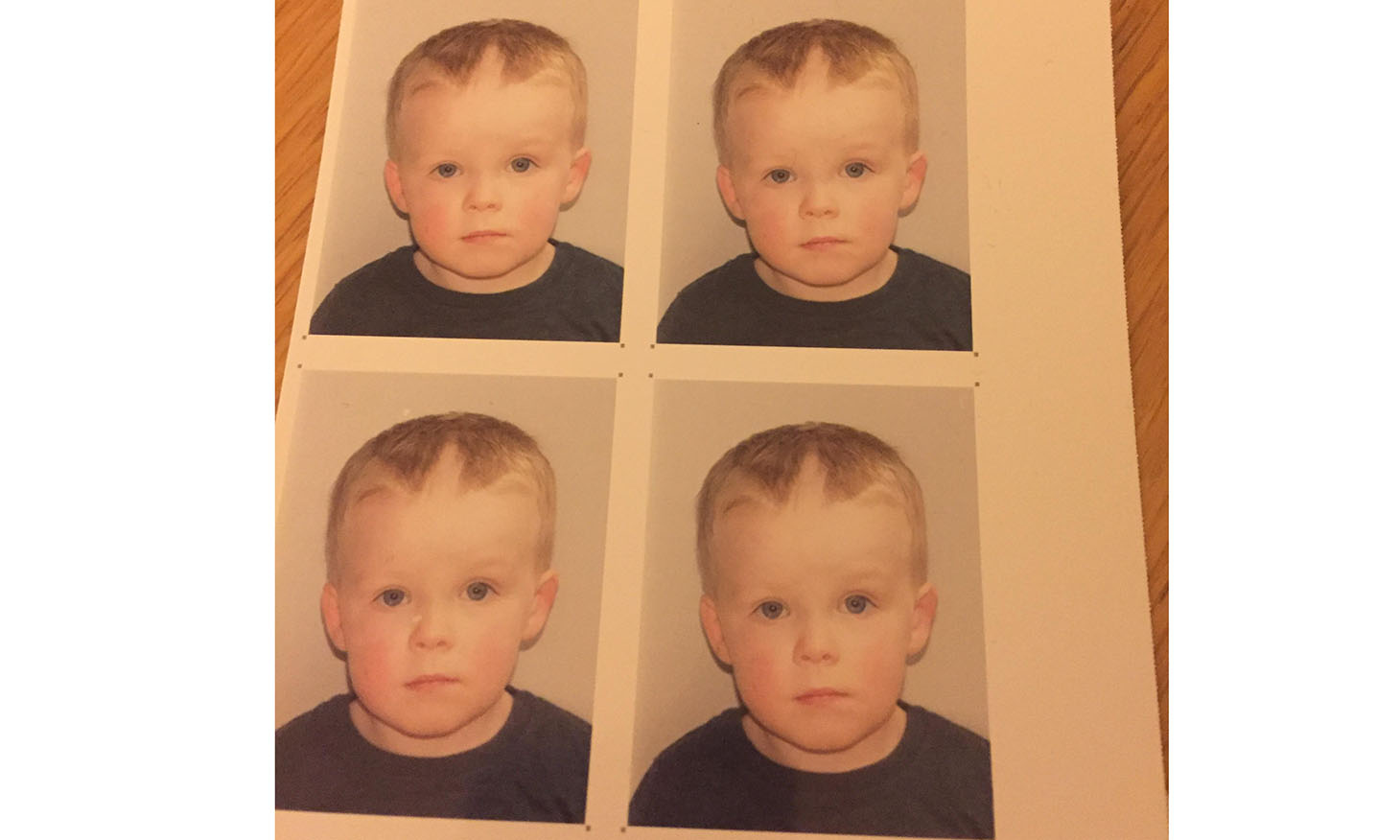 To be fair, this symmetrical hairdo even looks cool and stylish! And you can’t see a hint of beard here, so the clippers definitely worked out.

What never works out in passport photos is wearing clothes of a colour that matches the backdrop used for the photo session. The image below must have been shot against a chromakey background whose colour is very similar to that of the hijab, hence the floating head effect. 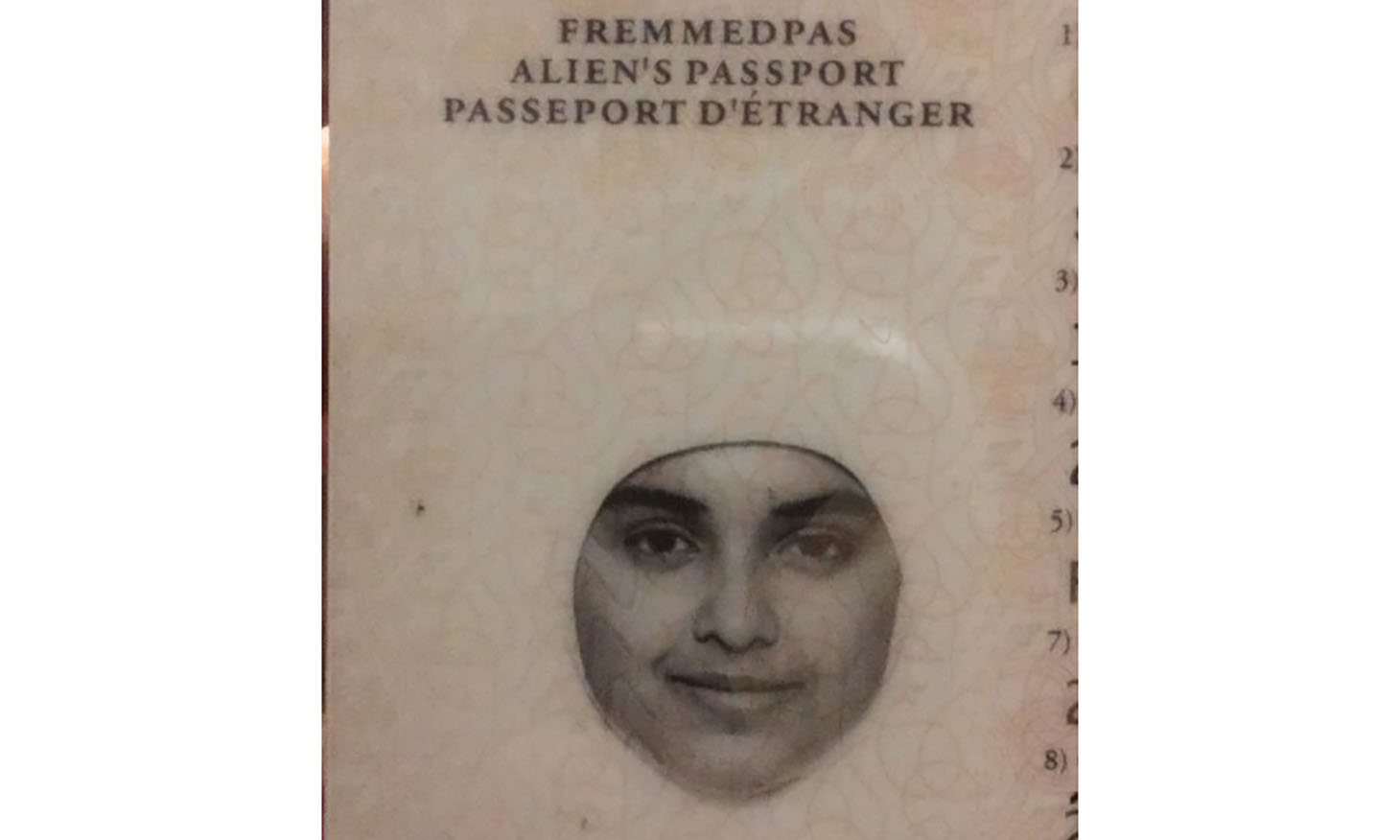 To avoid something like this, we recommend wearing clothes that make a clear contrast to the backdrop. In the UK, the background colour is light grey (or off-white, if you like), so make sure you’re putting on something contrasting for your photo take.

Interestingly, this background glitch can be turned into a life hack. Here you can see a resourceful parent who found an unusual way to take his or her baby’s passport photo without too much hassle. 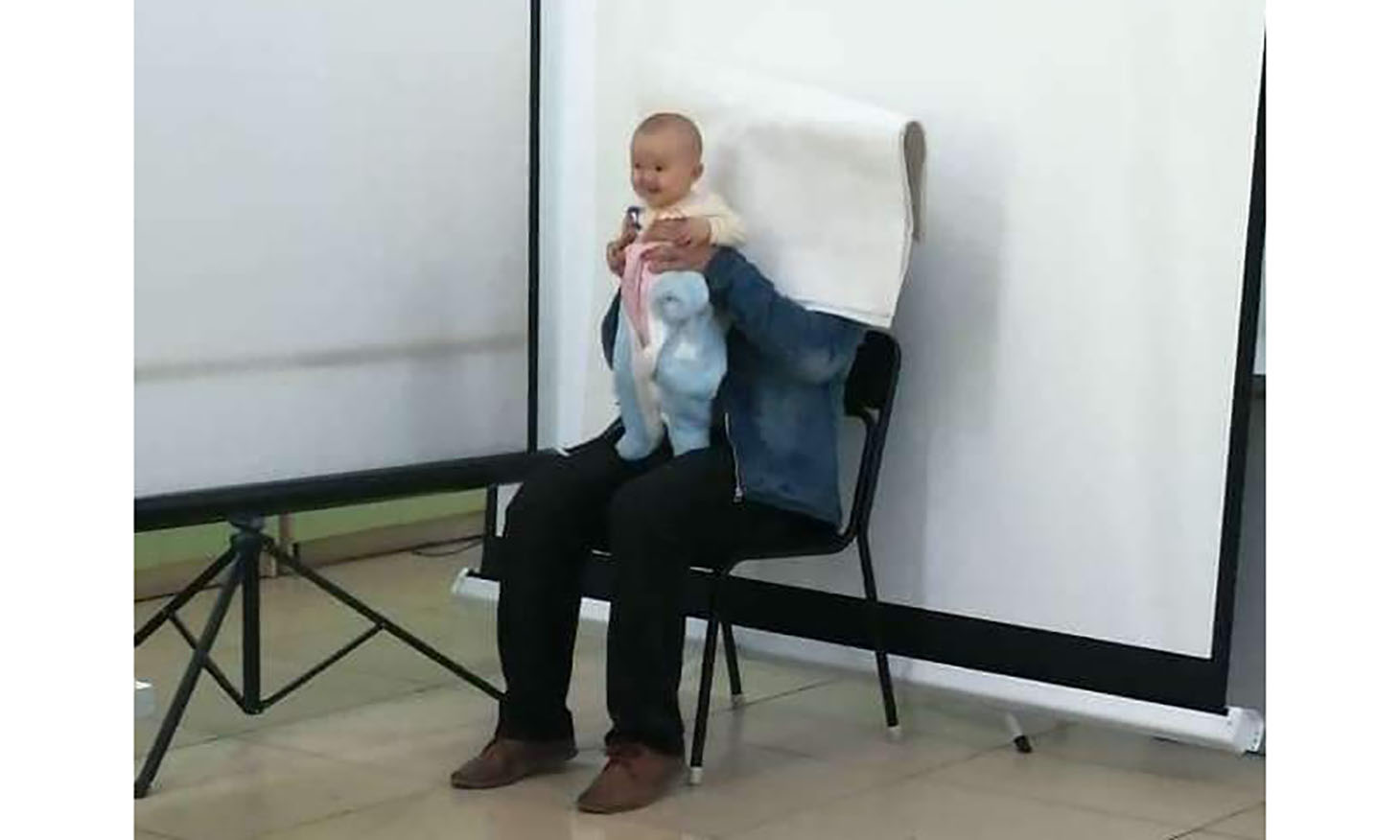 Why didn’t they just put the baby on its back, you ask? Well, they could do just that, but would the whole thing be that much fun?

However, it’s not much fun when your photo is so messed up that it might cause problems at the passport control point of an airport. 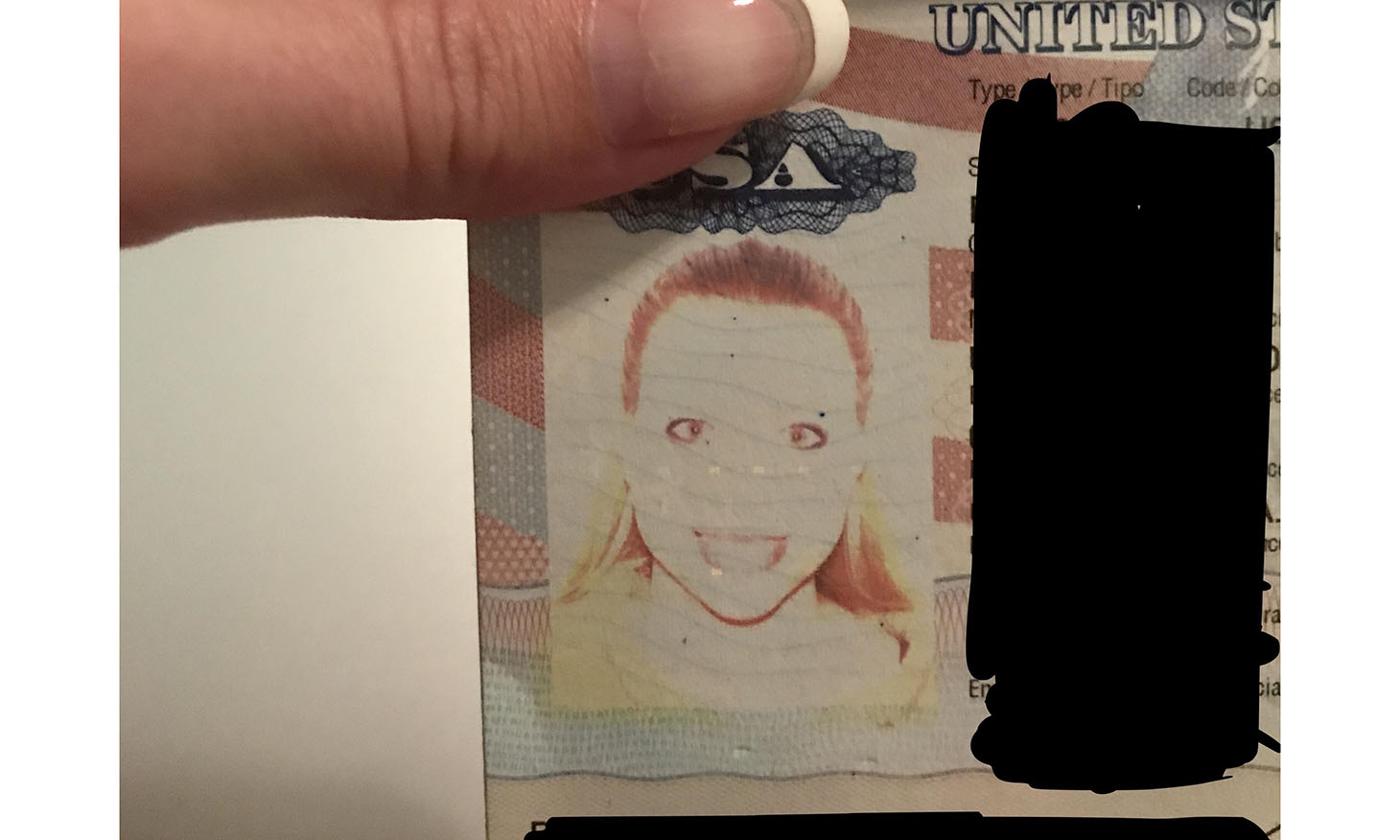 Of course, sufficient lighting is necessary for a compliant shadow-free image, but this is obviously way too much light for one headshot. A ghost-like headshot makes travelling abroad quite a risky venture with a good chance of getting stuck in another country’s customs or not leaving your homeland in the first place.

Now, this one has already become a sort of meme. A Redditor’s girlfriend submitted a perfectly normal photo but ended up with a passport whose image was completely and irreversibly out of proportion. 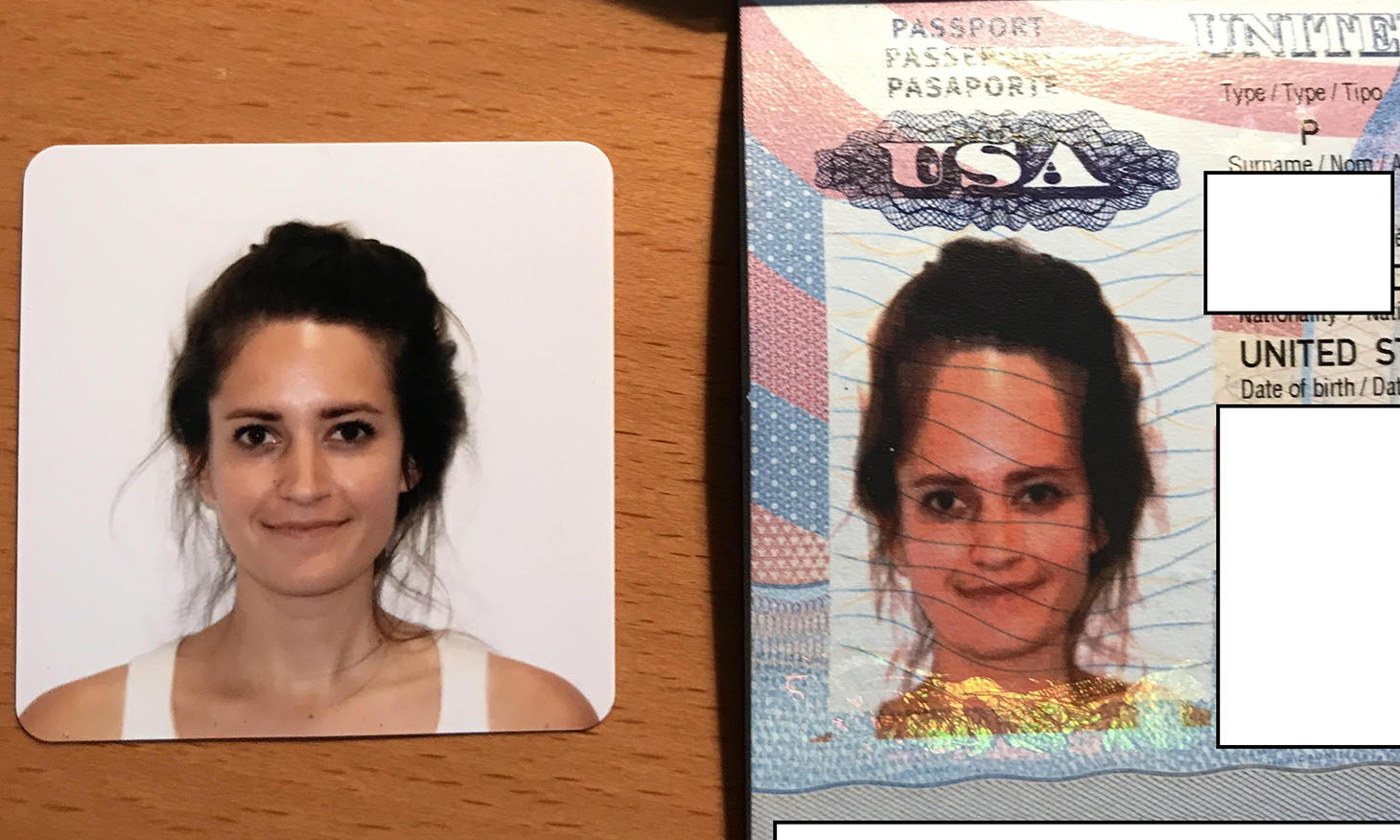 Anyway, we wouldn’t go blaming the passport office for that. Most likely, the lady just submitted a non-compliant picture and it somehow came through the official checks. You see, governments of many countries require that each part of your face is in a certain spot in the image. The new passport photo printout of the woman above is obviously underzoomed, hence the distorted proportions.

In Pasta We Trust

Still, this isn’t the strangest passport photo you’ve seen. Say, take a look at the image below which shows a man wearing a pasta strainer (and a straight face at the same time). While it may seem absolutely out of place, there’s a reason for this: apparently, the man is a Pastafarian. 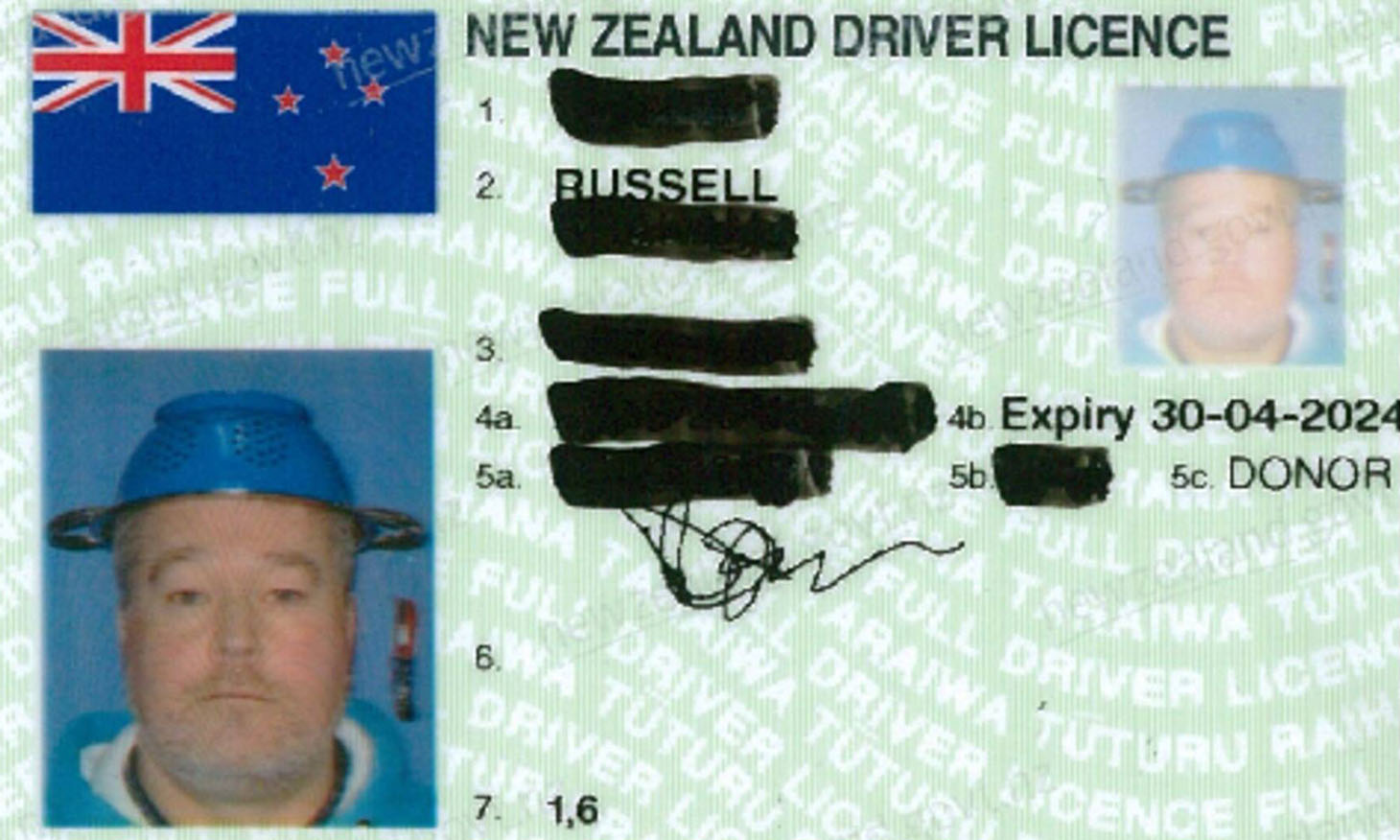 By the way, the trend of taking your image while wearing a colander is not too uncommon! The internet knows surprisingly many cases where men wear pasta strainers in their passport images. We hope that, in spite of their ideas, their relationships with the passport offices are nice and not too strained.

That’s quite a list, right? Especially considering the fact that all of these are images in real-life documents. For better or worse, this wouldn’t be possible if they used a passport photo tool with the option to preview your headshot. Our free service allows you to do just that: if you need an image that meets all passport photo requirements, we’re a go-to! The whole process takes seconds (unlike taking your image at a local Asda, for example), so make sure to give it a go!