Bad Passport Photos And How To Avoid Them 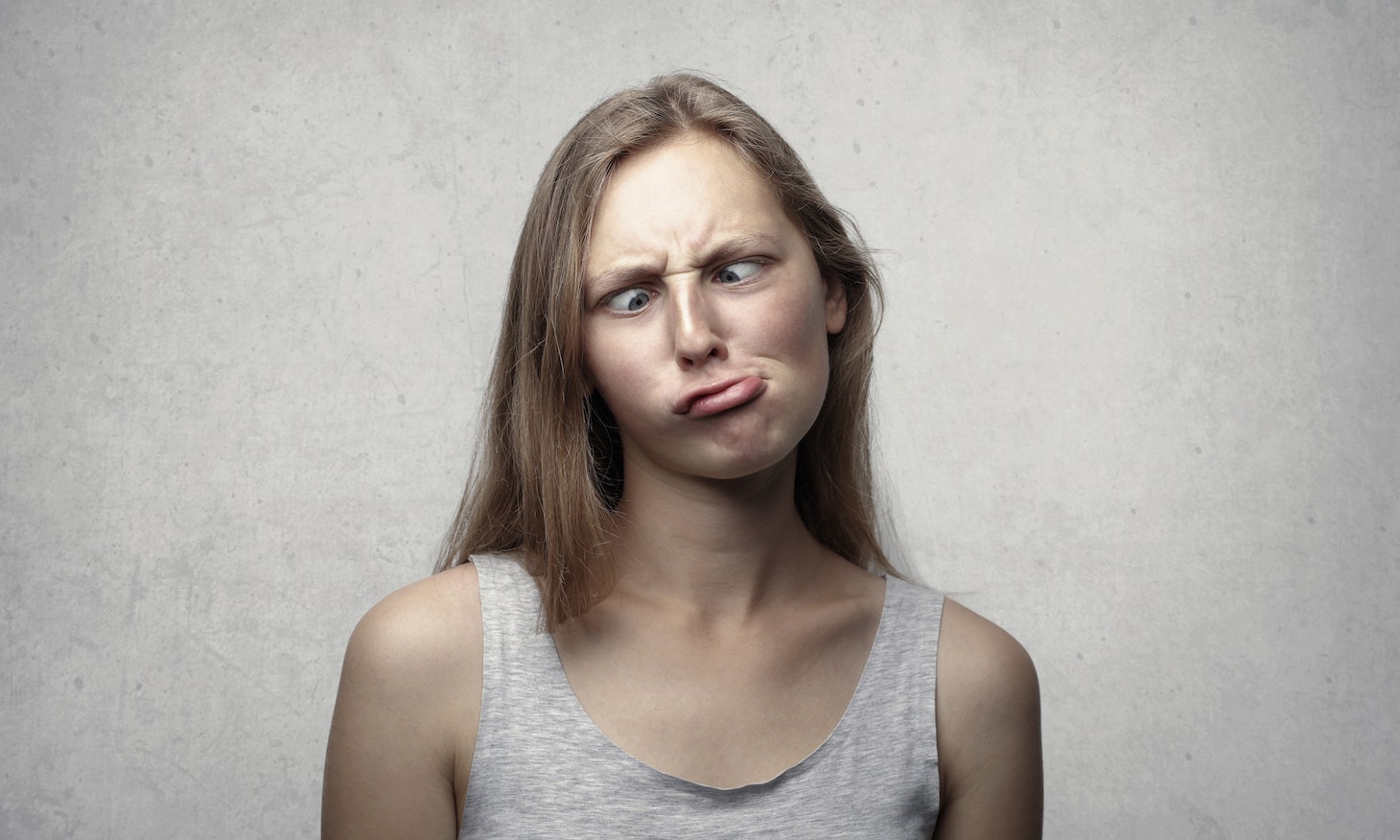 If we were to come up with a list of things that 99% of people fail, taking an official photo for documents would be somewhere close to the top. Indeed, passport photographs turn out notoriously bad: even if your appearance is close to that of a supermodel, it doesn’t guarantee you a model-like headshot. Some even say that if you don’t look ugly in your picture, you’ve been doing something wrong.

Anyway, it doesn’t mean you have no other choice but to take an ugly mugshot that will remain in your British travel document for the next decade. Taking a good passport photo is not as difficult as you might think (as the saying goes, worry gives a small thing a big shadow). Let’s see what makes a bad passport photo and what you can do to make it more attractive!

Why Do Passport Pictures Turn Out So Bad?

16 Helpful Tips For Your Photo Session

Why Are Passport Photos So Bad

Let’s start with a very important disclaimer: it’s not one’s appearance that spoils a passport photo, it’s the very conditions this photo is taken under. If you don’t look like yourself in the picture, it’s very likely that your eyes do not deceive you: anyone will look unnatural or even uncanny if they look straight at the camera with a strictly neutral facial expression. To top it off, the lighting used in this kind of photography leaves no room for shadow.

Let’s look at five things that are usually responsible for ruining your passport picture. 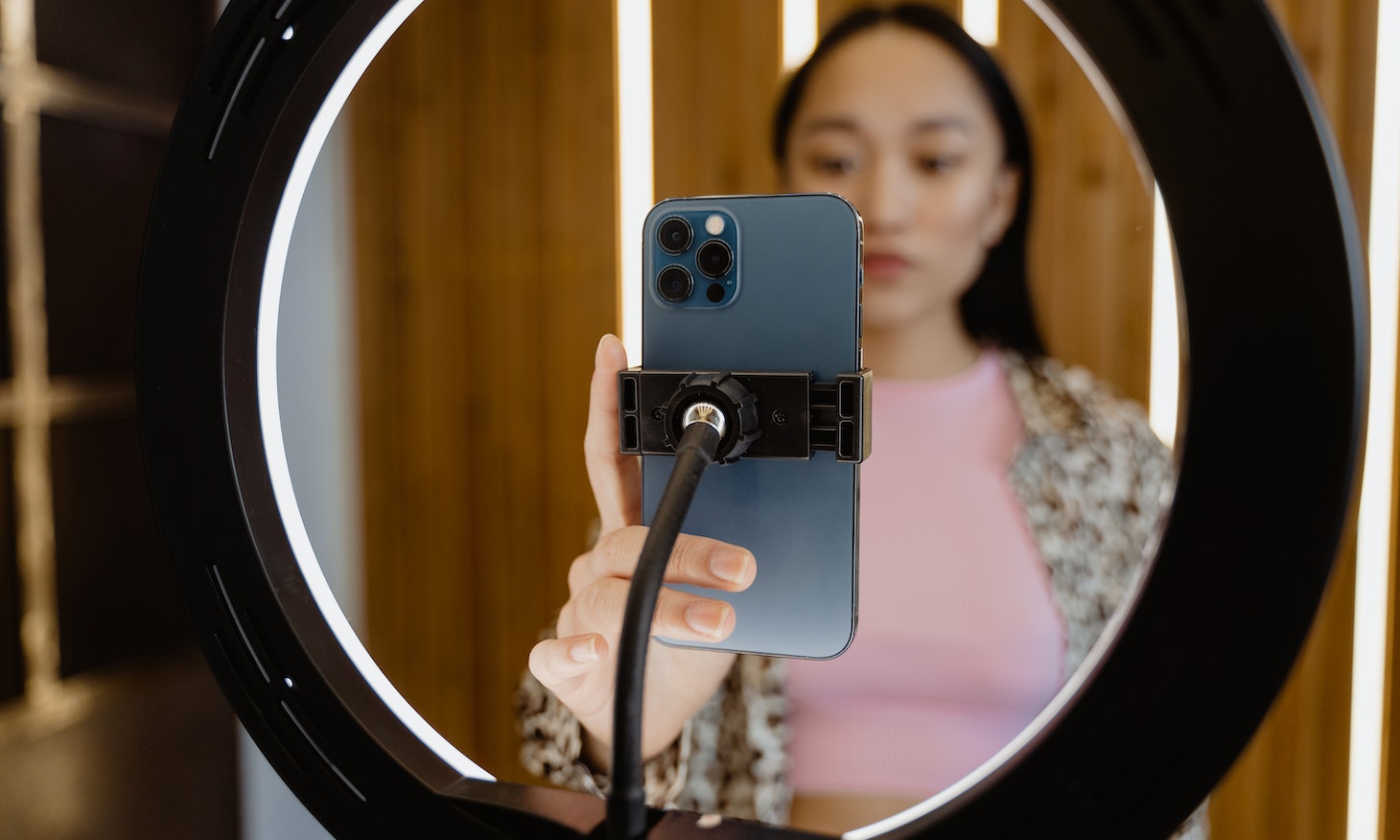 For most of us, taking a passport shot is actually a big deal. Perhaps, even too big a deal. Excessive anxiety will result in an awful-looking headshot you’ll be stuck with for the next ten years.

If you’re working nine-to-five on weekdays, you most probably have to handle your personal matters closer to the end of the day, and it may show in your photo. If you’ve had a long day of hard work, your headshot will definitely reflect your fatigue.

It works the other way around, too: if you got out of your bed less than an hour ago, it’s a no-go for a photo session. No matter how well-rested you are, your sleep-clouded eyes and overall half-awake state will make your headshot look ridiculous.

When taking your picture by yourself without proper preparation, it’s very easy to mess up the lighting. Poorly arranged illumination will highlight any imperfections you might have and distort the facial proportions. Although, the same can happen at a photo studio run by an unprofessional photographer.

Clothes And Background Of Similar Colours

Want to put on a neat light grey shirt for your photo take? Please don’t. This colour is commonly used as the background in British passport photos, and such clothing can make the headshot look like it depicts a face floating in the air. By the way, the same rule applies to your hair: if you wanted to dye it silver-ish, you’d better do it afterwards.

In almost any endeavour, the key to success is proper preparation. Before you even position yourself in front of the camera, you need to think about the conditions you’d be completely comfortable with. So first and foremost, you will need to decide which way of taking your pictures works best for you. We’ve singled out three main ways of taking your headshot, each with its pros and cons.

Even today, these are still widely spread: you can find one in the supermarket nearest to you. Accessibility is definitely a good thing, but in terms of control over the picture you’re taking, this is the least preferable option for those who want an ideal passport photo.

Despite the fact that these machines give you a complete setup (proper lighting, background, etc.), it also gives you a limited number of attempts (most often, it’s three shots only). This means that you can’t get too picky here: you either take a headshot you like in three attempts or pay another six pounds (or more) to try it all over again.

To top it off, you can’t say ‘wait a sec, I need to fix my hair’ to the machine at the last moment, and the robot-like voice can make the whole process very uncomfortable. All this discomfort has a pretty good chance of rendering your passport photo as bad as such headshots can possibly be. 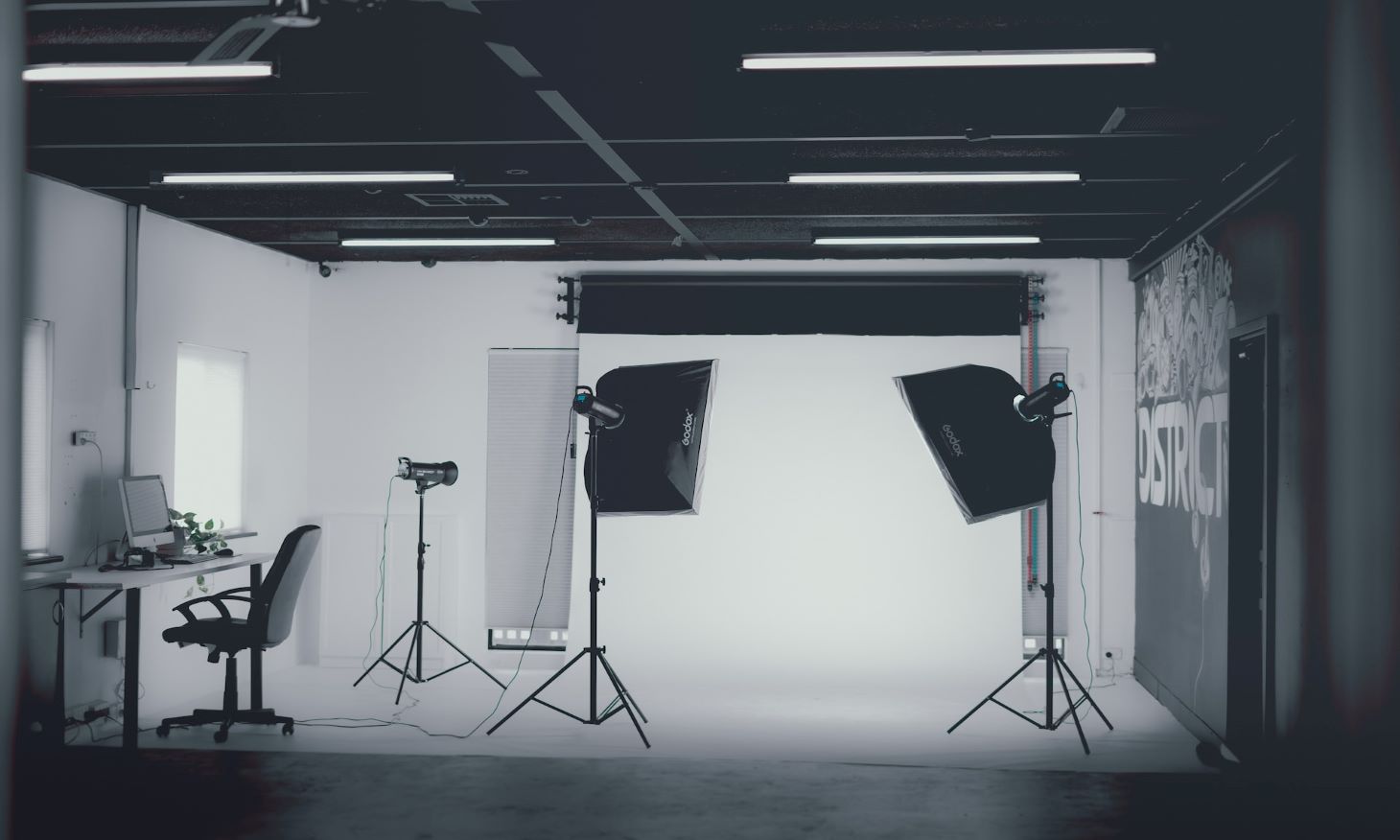 This one is surely better if you want more comfort. First of all, most photographers are professionals: they can adjust illumination and camera parameters so that you look better, give you prompts on how to hold your head, make minor enhancements to your picture and so on. In other words, these guys can be very, very useful if you don’t want to end up with the worst passport photo ever.

On the other hand, there’s always the human element. If the photographer is inattentive or inexperienced, this may take a heavy toll on your picture. Also, they may be impatient when it comes to multiple takes, so, in a way, you may be limited here as well.

Another important factor to be aware of is the price: it can skyrocket depending on how well-known the studio is and how close it is to the downtown. Plus, additional attempts to take a passport photo you won’t hate may cost you a pretty penny, too. 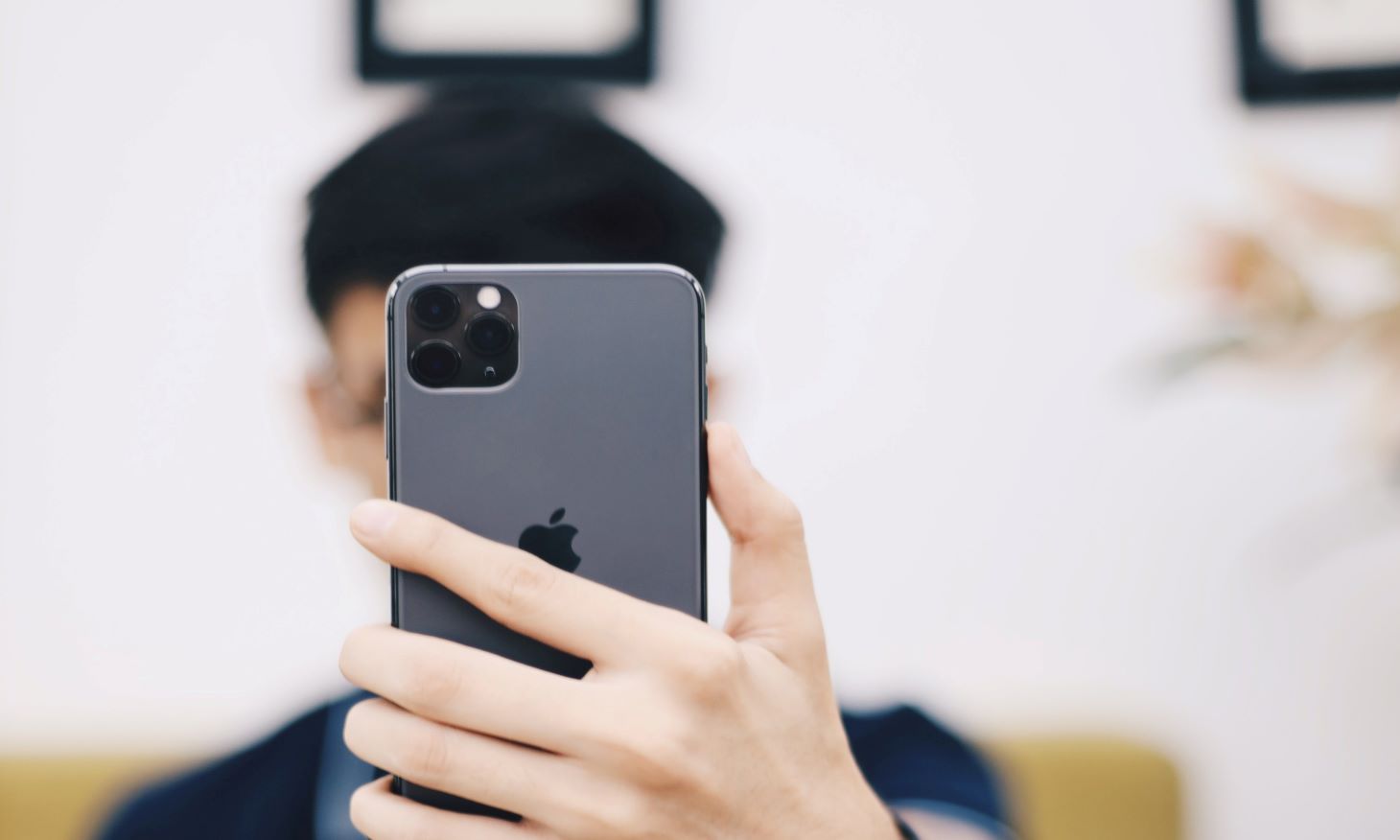 Now, this is where it gets interesting! The option to get a new passport photo online doesn’t imply any of the disadvantages of the previous two variants:

16 Helpful Tips To Get Best Picture Ever

Once you’ve decided where to take not a half-bad but perfect passport photo (the choice was pretty obvious, wasn’t it?), it’s time for some fast prep. Below is a list of simple tricks and tips that will make the whole thing as easy as cake: 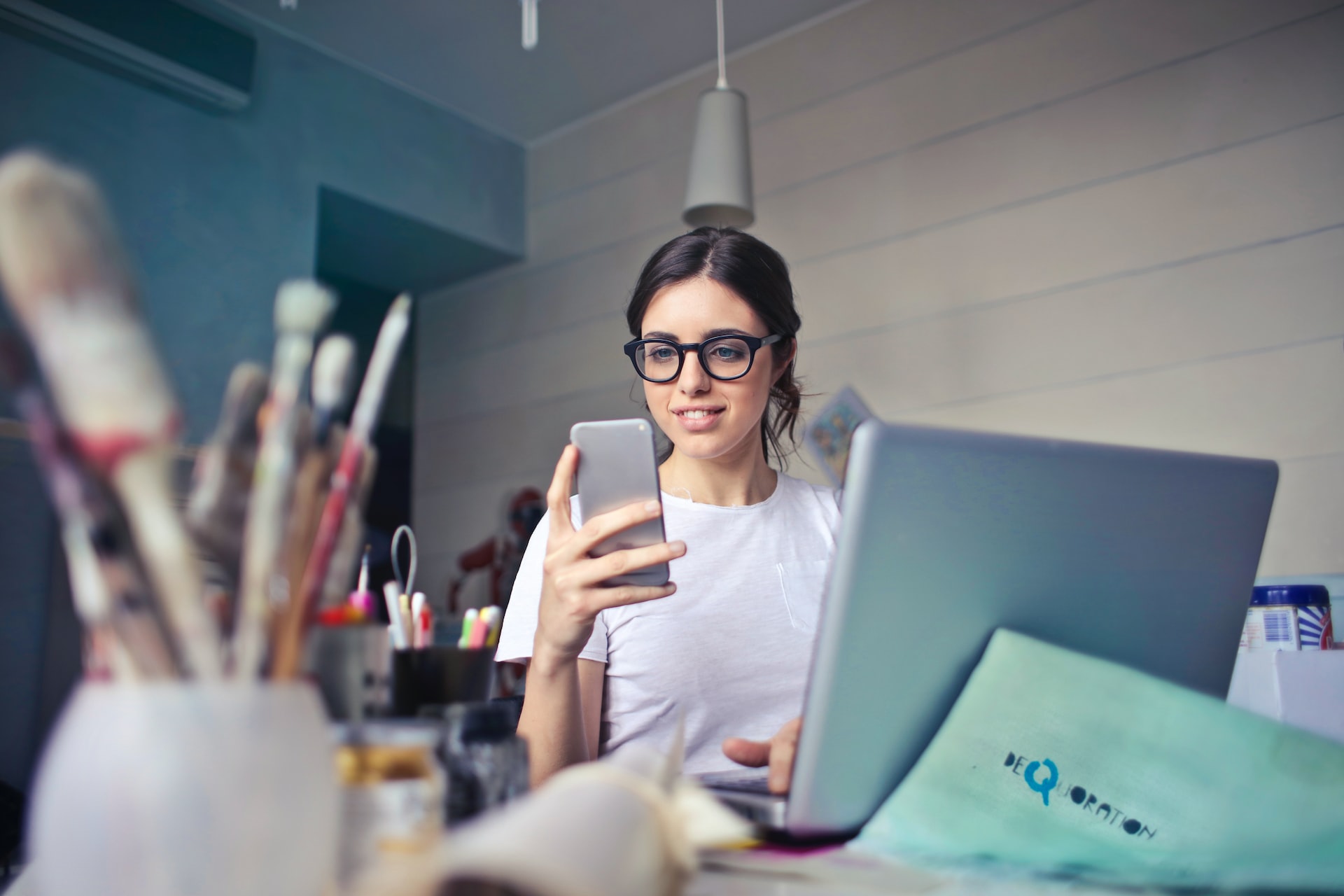 We hope our pieces of advice will come in handy when it’s time to take a photo for your British passport. By the way, if you’re okay with doing it at home, we can lend you a hand. Not only will we crop and process your image, but we’ll also help you check it against the official requirements. Use our website to get yourself a UK passport photo you’ll be absolutely happy with!